Return to this page a few days before the scheduled game when this expired prediction will be updated with our full preview and tips for the next match between these teams.
Full-Time Result Prediction
👉
Amorebieta to Win

Amorebieta will face off against visiting team SD Huesca at Municipal Nuevo Urritxe in this La Liga 2 game on Saturday.

Our Amorebieta v SD Huesca tips, poll and stats can be seen in full below (including the best match odds).

Amorebieta will be hoping for a better result following the 3-0 La Liga 2 defeat last time out to UD Almería.

It’s been a rare occasion in recent times that Amorebieta have kept a clean sheet. In fact, Amorebieta have been scored against in 5 of their previous 6 matches, letting in 8 goals on the way. That kind of pattern might not follow through into this match, of course.

Ahead of this meeting, Amorebieta are unbeaten in their last 4 league matches at home.

In the game prior to this, SD Huesca drew 1-1 in the La Liga 2 match with Sporting Gijón.

SD Huesca have been dangerous up front in their most recent fixtures, scoring 7 times in their last 6 matches. While their manager Xisco Muñoz will no doubt take that as a positive sign, SD Huesca can also improve defensively after being scored against in 5 of those same games.

In that match, SD Huesca had 48% possession and 10 shots at goal with 2 on target. Their only player on the scoresheet was Marc Mateu (78' Own goal).

For their opponents, Amorebieta had 6 shots at goal with 0 of them on target. Oier Luengo (12' Own goal) scored.

The match was refereed by Alejandro Quintero González.

The Amorebieta boss Haritz Mújika will be thankful to have no fitness concerns to speak of coming into this game owing to a fully healthy squad available for selection.

Out of a mainly healthy squad, there is only a single fitness issue for the SD Huesca gaffer Xisco Muñoz to contend with. Lago Júnior (Muscle Injury) won’t be in action.

We feel that in this game, SD Huesca are capable enough to find the back of the net against this Amorebieta lineup, but it might not quite be enough to avoid defeat.

We’re expecting a narrow 2-1 winning score for Amorebieta at the end of the match. Let’s see what eventuates. 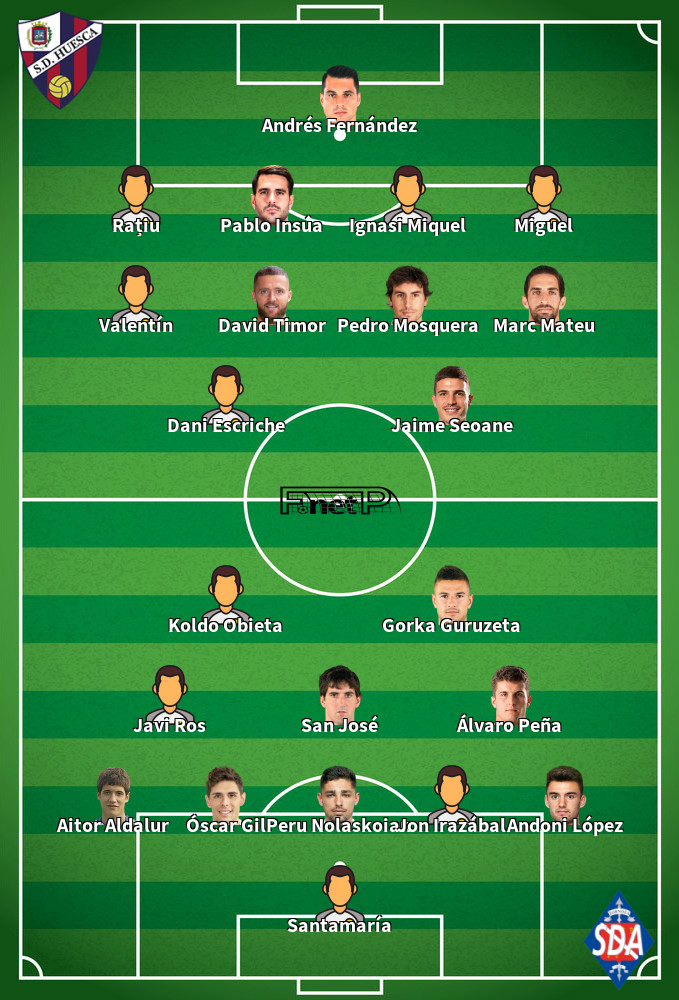 Generally taking up the Striker position, Koldo Obieta was born in Gernika, Spain. After making a first senior appearance for Amorebieta in the 2021 - 2022 season, the dangerous Forward has scored a sum of 7 league goals in the LaLiga2 2021 - 2022 season to date coming from a total of 36 appearances.

We have made these Amorebieta v SD Huesca predictions for this match preview with the best intentions, but no profits are guaranteed. Please always gamble responsibly, only with money that you can afford to lose.