RSC Anderlecht will visit Stade du Pairay on Sunday for the First Division A fixture with home side Seraing.

Our Seraing v RSC Anderlecht tips, poll and stats can be seen in full below - as well as up-to-date odds.

Seraing will be looking for an improved result here following a 3-2 First Division A defeat in their last game at the hands of KV Kortrijk.

It’s been seldom in recent times that Seraing have shown defensive steel. In fact, Seraing have seen their defence breached in 6 of their previous 6 games, letting in 12 goals in the process. In any event, we will just have to wait and see whether such a trend might be sustained in this next game.

Going into this contest, Seraing are without a win at home for the past 15 matches in the league. The home fans must be at their wits' end.

Following on from tasting defeat last time out to SV Zulte Waregem in First Division A action, RSC Anderlecht will be aiming to make amends here.

The last league match between the two was First Division A match day 3 on 07/08/2022 which ended up with the score at RSC Anderlecht 3-1 Seraing.

For their opponents, Seraing had 5 shots at goal with 2 of them on target. Sambou Sissoko (57') was the scorer.

RSC Anderlecht manager Brian Riemer has a number of players out of action. Julien Duranville (Muscle partial avulsion), Marco Kana (Toe Injury) and Hannes Delcroix (Knee Injury) will miss out on this game.

In our view, Seraing will need to put in a solid display to breach the defence of this RSC Anderlecht team who should be able to grind out a win.

We’re therefore predicting a very competitive encounter with a 0-1 winning margin for RSC Anderlecht at the conclusion of the game. 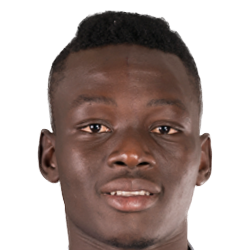 Mostly played in the Striker position, Marius Mouandilmadji was born in Doba, Chad. Having made his senior debut playing for Porto in the 2018 - 2019 season, the goalscoring Forward has accumulated 7 league goals in this Pro League 2022 - 2023 season to date coming from a total of 15 appearances.

While we have made these predictions for Seraing v RSC Anderlecht for this match preview with the best of intentions, no profits are guaranteed. Always gamble responsibly, and with what you can afford to lose. We wish you the best of luck.