To see all of our predictions, user poll & stats for Angers SCO v FC Lorient, scroll down - as well as up-to-date odds.

Angers SCO go into this game following on from a 1-1 Ligue 1 drawn match versus Lille.

Angers SCO haven’t been able to stop scoring goals, finding the back of the net in one hundred percent of their last 6 games.

They’ve managed to rack up 9 during that period and have conceded a total of 10. Previous results aside, we’ll just have to find out if that trend shall be replicated here in this match.

Following on from a loss in their previous game against Brest in Ligue 1 action, FC Lorient will be aiming to make amends here.

Coming into this clash, FC Lorient haven’t won away from home in the past 22 league games. Their travelling supporters must be so depressed.

Checking out their prior head to head meetings dating back to 19/03/2016, it’s been all-even between these two clubs with Angers SCO winning 2 of those games, FC Lorient 2 and 2 being drawn in regulation time.

An aggregate of 18 goals were scored between the two sides in this period, with 10 of them for Les Scoïstes and 8 coming from Les Merlus. The average goals per game has been 3.

On that occasion, FC Lorient had 49% possession and 13 attempts on goal with 4 on target. Goals were scored by Yoane Wissa (44') and Fabien Lemoine (48').

At the other end, Angers SCO had 9 attempts on goal with 2 of them on target.

The Angers SCO boss Gérald Baticle will be happy not to have any fitness worries at all ahead of this game with a completely healthy squad available for selection.

With a fully healthy squad to pick from, the FC Lorient boss Christophe Pélissier does not have any fitness concerns to report coming into this game.

We feel that Angers SCO will likely score a couple of goals when they face FC Lorient, who might well find it a difficult task finding the net themselves.

We can therefore see a pretty comfortable 2-0 victory for Angers SCO at the conclusion of the game. 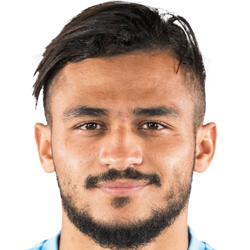 Generally taking up the Central Attacking Midfielder position, Sofiane Boufal was born in Paris, France. Having played his first senior match for Angers SCO in the 2012 - 2013 season, the skilful Midfielder has managed 3 league goals in this Ligue 1 2021 - 2022 season to date coming from a total of 12 appearances.

While we have made these predictions for Angers SCO v FC Lorient for this match preview with the best of intentions, no profits are guaranteed. Always gamble responsibly, and with what you can afford to lose. Best of luck with your selections.