All Angers SCO v Reims match predictions, user poll and stats are shown below - as well as the best betting odds.

Angers SCO won’t want a repeat of their last result here following a 0-2 Ligue 1 loss in their previous game against Girondins de Bordeaux.

A recurring trait of recent Angers SCO games is seeing a zero in the scoreline.

From their previous 6 matches before this one, in as many as 6 of them a bet on BTTS would've been a losing one. Such a pattern isn’t assured to be sustained into this match, though.

Going into this contest, Angers SCO have left without a victory over Stade de Reims in their last 11 league games.

Following on from suffering a loss in their previous game against Lille in Ligue 1 competition, Reims will be hoping to turn things around here.

For their opponents, LOSC Lille Métropole had 10 attempts at goal with 3 on target. Jonathan Bamba (32') scored for Lille.

In 5 of the previous six clashes featuring Reims, a comparatively low number of goals have been scored between them and opposing sides. The overall average goals scored per game during that spell works out to a meagre 1.83, with the average goals for Les rouges et blancs being 1.

Looking at the pre-match facts, Reims:

A look at their prior head to head meetings dating back to 22/09/2015 shows us that Angers SCO have won 0 of them and Reims 2, with the tally of drawn results standing at 4.

A total of 12 goals were yielded between them in these games, with 4 for Les Scoïstes and 8 for Les rouges et blancs. That is an average goals per game value of 2.

On that occasion, Angers SCO managed 49% possession and 15 attempts at goal with 4 on target. The scorers were Rachid Alioui (7') and Baptiste Santamaria (74' Own goal).

Angers SCO boss Stéphane Moulin will be grateful to have no fitness worries to speak of before this game with a completely injury-free squad ready to go.

With a completely injury-free group to pick from, Reims boss David Guion does not have any fitness concerns to report coming into this clash.

Our feeling is that Reims will need to push hard to breach the defence of this Angers SCO team who we reckon will get a goal themselves and run out victorious.

We therefore fancy a very competitive encounter with a 1-0 win for Angers SCO at the end of the 90.

Over/Under 2.5 Goals Prediction for Angers SCO vs Reims
Under 2.5 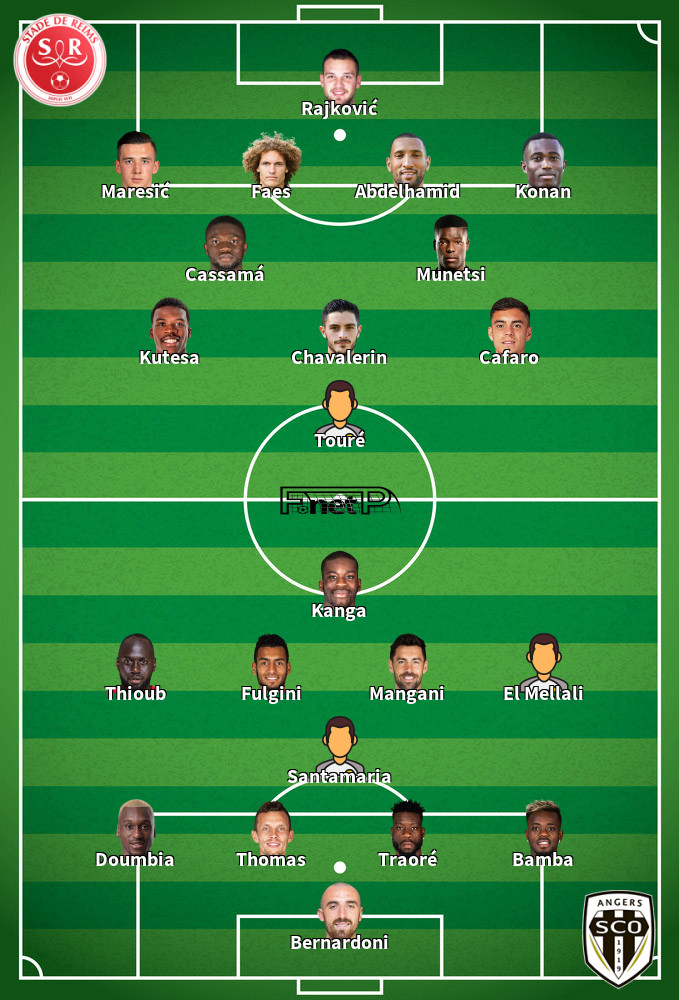 We have made these Angers SCO v Reims predictions for this match preview with the best intentions, but no profits are guaranteed. Please always gamble responsibly, only with money that you can afford to lose. We wish you the best of luck.