Our full set of predictions, statistics and match poll for Strasbourg v Angers SCO can be seen below - along with the latest match odds.

Strasbourg fans will want a repeat of their previous result, being a 1-2 Ligue 1 success against FC Metz.

In that game, Strasbourg had 55% possession and 12 shots on goal with 2 on target. The only player on the scoresheet for Strasbourg was Adrien Thomasson (33', 84'). At the other end, FC Metz had 14 attempts at goal with 3 on target. Thomas Delaine (17') scored for FC Metz.

It has been a rare occasion in recent games that Strasbourg haven’t conceded. The facts show that Le Racing have failed to prevent opponents from scoring in 6 of their previous 6 games, letting in 10 goals on the way. Still, time will tell whether that pattern shall be sustained in this upcoming game.

Going into this contest, Strasbourg haven’t won at home in the past 2 matches in the league.

Following on from suffering a loss in their previous game against Nantes in Ligue 1 competition, Angers SCO and their fans will hope to get a better result this time.

The stats don’t lie, and Angers SCO have been scored against in 5 of their last 6 matches, letting opponents get 10 goals in all. Defensively, Les Scoïstes certainly have room for improvement.

Analysis of their past results shows that Angers SCO:

A look at their most recent head to head clashes going back to 28/10/2017 shows that Strasbourg have won 1 of them and Angers SCO 2, with the tally of draws being 3.

A combined sum of 16 goals were shared by the two clubs in this period, with 8 from Le Racing and 8 for Les Scoïstes. That’s an average goals per game of 2.67.

The last league encounter featuring these clubs was Ligue 1 match day 15 on 16/12/2020 when it ended Angers SCO 0-2 Strasbourg.

That day, Angers SCO managed 55% possession and 8 attempts at goal with 2 on target.

For their opponents, Strasbourg got 7 shots at goal with 3 on target. Habib Diallo (77') and Ludovic Ajorque (91') scored.

Due to a completely healthy squad ready to go, Angers SCO boss Stéphane Moulin has zero fitness worries whatsoever coming into this clash.

We’ve got the feeling that Angers SCO have it within them to find the net against this Strasbourg team, although it is unlikely to be as many as they will have scored against them.

Our selection here is for a 2-1 winning margin for Strasbourg at the end of this one. It will be interesting to see how this one goes. 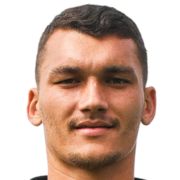 Typically deployed in the Striker position, Ludovic Ajorque was born in Saint-Denis, Réunion. After having made a senior debut playing for Clermont Foot in the 2016 - 2017 season, the skilful Forward has accumulated 10 league goals in the Ligue 1 2020 - 2021 campaign to date in a total of 23 appearances.

We have made these Strasbourg v Angers SCO predictions for this match preview with the best intentions, but no profits are guaranteed. Please always gamble responsibly, only with money that you can afford to lose. Good luck if you do place a bet today.