Angers SCO arrive at Stade Allianz Riviera on Sunday for the Ligue 1 fixture with hosts Nice.

Scroll down for all of our predictions, poll and stats for the Nice v Angers SCO game - plus the latest betting odds.

Nice prepare for this match coming off the back of a 1-1 Conference League tied result vs Partizan Belgrade.

The only scorer from Nice was Joe Bryan (2'). Fousseni Diabaté (60') scored for Partizan Belgrade.

It’s been all too rare in recent games where Nice have shown defensive steel. The facts show that Nice have seen their defence breached in 5 of their previous 6 clashes, leaking 7 goals during that time.

Looking at their past form shows that Nice:

Angers SCO come into this game following on from a 2-1 Ligue 1 win versus Montpellier in their most recent game.

In that game, Angers SCO had 45% possession and 11 shots on goal with 5 on target. For Angers SCO, the scorers were Adrien Hunou (10') and Sofiane Boufal (69'). On the other side, Montpellier got 7 shots at goal with 2 of them on target. Arnaud Nordin (7') scored for Montpellier.

Angers SCO have regularly broken through opposing defences leading up to this encounter, having scored 8 times in their previous 6 matches. This doesn’t mask the fact that Angers SCO can also improve defensively after being scored against in 6 of those same games. Let’s see whether or not that trend will end up being continued on here.

A study of their past head to head meetings stretching back to 30/11/2019 tells us that these fixtures have not been kind to Angers SCO. They’ve not been able to get any victories at all whereas Nice have dominated them, beating them in 83% of those match-ups.

In all, 16 goals were scored between them throughout the course of those matches, with 13 of them for Les Aiglons and 3 created by Les Scoïstes. The average goals per game has been 2.67.

In that match, Nice had 57% possession and 10 shots at goal with 5 on target. Their only player to score was Justin Kluivert (19').

Angers SCO had 11 shots on goal with 2 on target.

The referee was Romain Lissorgue.

The Nice boss Lucien Favre doesn’t have any fitness worries to speak of before this game thanks to a fully healthy squad to choose from.

With a fully injury-free group available to choose from, the Angers SCO manager Gérald Baticle does not have any fitness worries at all ahead of this game.

We feel that Nice can get the win and a possible clean sheet against Angers SCO, who could well find it tough scoring a goal of their own.

We can therefore see a decent 2-0 win for Nice at the end of the match. 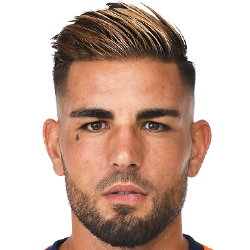 Typically playing in the Striker position, Andy Delort was born in Séte, France. After making a first senior appearance for Nîmes in the 2009 - 2010 season, the gifted Forward has hit 3 league goals in this Ligue 1 2022 - 2023 season to date in a total of 7 appearances.

While we have made these predictions for Nice v Angers SCO for this match preview with the best of intentions, no profits are guaranteed. Always gamble responsibly, and with what you can afford to lose. Good luck!