MKE Ankaragücü will take to the pitch with visiting rivals Gaziantep at Eryaman Stadyumu in this Super Lig fixture on Saturday.

Our MKE Ankaragücü v Gaziantep tips, poll and stats can be seen in full below - as well as up-to-date odds.

MKE Ankaragücü head into this fixture following on from a 0-0 Super Lig drawn result against Gaziantep.

MKE Ankaragücü haven’t had any problems with scoring, finding the back of the net in each and every one of their last 6 matches.

They’ve hit an aggregate of 8 during that time while also conceding a total of 8.

The numbers tell their own story, and Gaziantep have been scored against in 6 of their last 6 matches, seeing their opponents hit 9 goals in all. At the back, Gaziantep certainly have room for improvement. Previous results aside, we’ll just have to find out whether that pattern might be replicated in this upcoming match.

Going into this game, the form guide shows that Gaziantep:

Checking on their prior head-to-head clashes stretching back to 22/04/2018 shows that MKE Ankaragücü have won 1 of them & Gaziantep 4, with the number of drawn matches being 1.

A combined sum of 13 goals were scored between the two sides in these games, with 6 for Kupa beyi and 7 belonging to Gaziantep. The average goals per game has been 2.17.

The last league encounter between these clubs was Super Lig match day 2 on 14/08/2022 when it ended Gaziantep 1-0 MKE Ankaragücü.

On that occasion, Gaziantep had 40% possession and 20 shots on goal with 9 on target. Their only player on the scoresheet was Ertuğrul Ersoy (47').

For their opponents, MKE Ankaragücü got 6 attempts on goal with 0 of them on target.

The referee was Mustafa Kürşad Filiz.

Owing to an otherwise available group of players, there’s only the one fitness problem for the Gaziantep boss Erol Bulut to be concerned with. Abdulkadir Parmak (Unknown Injury) won’t be playing here. Alin Tosca is ineligible for this match because of suspension.

In this match, Gaziantep have it in them to put a goal past this MKE Ankaragücü team, although it might not quite be as many as they will have scored against them.

We’re predicting a very close game with a 2-1 advantage for MKE Ankaragücü at full-time. Should be a good one. 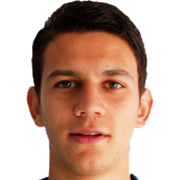 Mostly used in the Central Defensive Midfielder position, Taylan Antalyalı was born in Mugla, Turkey. Having made his senior debut playing for Gençlerbirliği in the 2014 - 2015 season, the dangerous Midfielder has bagged 2 league goals in this Süper Lig 2022 - 2023 season so far from a total of 16 appearances.

We have made these MKE Ankaragücü v Gaziantep predictions for this match preview with the best intentions, but no profits are guaranteed. Please always gamble responsibly, only with money that you can afford to lose. Good luck with your selections.