Konyaspor will be hoping for a better result after the 1-2 Super Lig loss in their previous game against Beşiktaş.

It’s not been often in recent games that Konyaspor have managed to hold out for a full 90 minutes. In fact, Konyaspor have been scored against in 6 of their previous 6 clashes, shipping 12 goals along the way. Such a pattern isn’t assured to follow through into this next game, though.

Analysis of their past results shows that Konyaspor:

Since a loss in their previous game against Adana Demirspor in Super Lig action, MKE Ankaragücü and their travelling fans will hope for a better result here.

If we look at their past head to head duels stretching back to 21/04/2019, it’s been all-even between these two clubs with Konyaspor winning 1 of those games, MKE Ankaragücü 1 and 4 being drawn in normal time.

A combined total of 10 goals were yielded between them in this period, with 5 from Konyaspor and 5 coming from Kupa beyi. That’s an average goals per game of 1.67.

The last league clash between these clubs was Super Lig match day 1 on 08/08/2022 which ended up with the score at MKE Ankaragücü 0-0 Konyaspor.

That day, MKE Ankaragücü managed 47% possession and 12 attempts at goal with 3 of them on target.

For their opponents, Konyaspor had 10 attempts at goal with 0 of them on target.

The match was refereed by Bahattin Şimşek.

Due to a completely healthy group available to select from, the MKE Ankaragücü manager Ömer Erdoğan doesn’t have any fitness worries at all ahead of this clash. Lamine Diack is ineligible for this match because of suspension.

We’re envisaging that MKE Ankaragücü will need to push hard to break down this Konyaspor team who we think will gain the upper hand.

We’re therefore expecting a hard-fought contest, finishing with a 1-0 winning margin for Konyaspor when the referee blows for full-time. 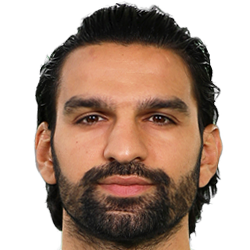 Customarily used in the Striker position, Muhammet Demir was born in Araklı, Turkey. After having made a senior debut playing for Bursaspor in the 2008 - 2009 season, the gifted Forward has netted 5 league goals in this Süper Lig 2022 - 2023 campaign to date coming from a total of 16 appearances.

While we have made these predictions for Konyaspor v MKE Ankaragücü for this match preview with the best of intentions, no profits are guaranteed. Always gamble responsibly, and with what you can afford to lose. Best of luck.