Return to this page a few days before the scheduled game when this expired prediction will be updated with our full preview and tips for the next match between these teams.
Full-Time Result Prediction
👉
Annan Athletic to Win

All of our predictions, stats and the user poll for Bonnyrigg Rose v Annan Athletic are shown below (including the best match odds).

Bonnyrigg Rose will be looking to improve on their last outing here following the 1-0 League Two loss in their previous game against Dumbarton.

Gregg Wylde (15') was the scorer for Dumbarton.

It has not been often in recent times where Bonnyrigg Rose have shown defensive steel. It will be a concern for them that Bonnyrigg Rose have failed to prevent opponents from scoring in 5 of their previous 6 matches, letting in 12 goals along the way. In any event, we will just have to wait and see if such a trend shall be replicated in this upcoming match or not.

Annan Athletic come into this meeting following on from a 3-0 League Two win vs East Fife in their previous outing.

Indicating their partiality to high-scoring matches, goals have been celebrated 21 times in the last 6 games in which Annan Athletic have taken to the field, giving a mean average of 3.5 goals for each meeting. Opposing teams have got 5 of these goals.

Coming into this meeting, Annan Athletic are undefeated in their previous 5 away league matches.

The previous league meeting featuring these clubs was League Two match day 17 on 21/01/2023 when it finished Annan Athletic 4-0 Bonnyrigg Rose.

The referee was Lloyd Wilson.

The Bonnyrigg Rose boss Robbie Horn will be thankful to have no fitness worries at all coming into this game thanks to a fully injury-free squad available to select from.

Due to a completely injury-free squad to choose from, the Annan Athletic boss Peter Murphy does not have any fitness worries to speak of ahead of this match.

Here is a game where Bonnyrigg Rose might have a difficult job to break down this Annan Athletic lineup who will likely win and very possibly keep a clean sheet.

We’re therefore expecting a 0-1 winning score for Annan Athletic at the end of the 90. 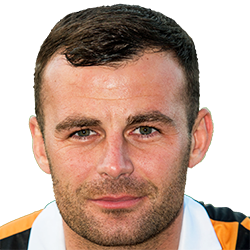 Generally deployed in the Striker position, Kevin Smith was born in Edinburgh, Scotland. After having made a senior debut playing for Wrexham in the 2006 - 2007 season, the gifted Forward has got 5 league goals in this League Two 2022 - 2023 season so far from a total of 18 appearances.

We have made these Bonnyrigg Rose v Annan Athletic predictions for this match preview with the best intentions, but no profits are guaranteed. Please always gamble responsibly, only with money that you can afford to lose. Good luck with your selections.