Brechin City face off with visiting team Annan Athletic at Glebe Park in the League Two match on Thursday.

Our Brechin City v Annan Athletic tips, poll and stats can be seen in full below - along with the latest match odds.

Brechin City, buoyed by their previous result, will be hoping for more of the same after a 0-2 League Two success vs Cowdenbeath.

Michael Paton's Brechin City have scored 6 times in their past six outings. The comparative tally of goals that have been scored against them in that time amounts to 10.

Going into this one, Brechin City haven’t won at home in the past 14 matches in the league. The home fans must be at their wits' end.

The only name on the scoresheet from Annan Athletic was Tony Wallace (50'). David Hopkirk (82') scored for Stenhousemuir.

The stats don’t lie, and Annan Athletic have been scored against in 5 of their last 6 games, seeing their opponents hit 6 goals overall. Defensively, Galabankies have seen their frailties exposed.

Coming into this fixture, Annan Athletic haven’t won away from home in the past 7 matches in the league.

An examination of their past head to head meetings dating back to 29/11/2014 shows us that Brechin City have won 1 of these games and Annan Athletic 3, with the number of drawn games being 2.

An aggregate of 19 goals were yielded between them in these games, with 7 of them for The City and 12 being from Galabankies. The average goals per game has been 3.17.

The previous league meeting featuring the two was League Two match day 17 on 17/04/2021 when it ended Annan Athletic 3-0 Brechin City.

There is just the sole fitness concern for the Brechin City gaffer Michael Paton to be concerned with due to a largely intact group of players. Connor Barron (Ankle Injury) misses out.

Owing to a completely healthy group to choose from, Annan Athletic boss Peter Murphy doesn’t have any fitness concerns whatsoever ahead of this clash.

We’re of the opinion that Annan Athletic and Brechin City are both capable of scoring here.

Little in this one, and it’s almost too close to call. Our tip is therefore for a very even match with a 1-1 draw at the end of this game. 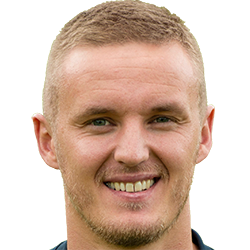 Mostly used in the Left Attacking Midfielder position, Bobby Barr was born in Glasgow, Scotland. After having made a senior debut playing for Albion Rovers in the 2007 - 2008 season, the dangerous Midfielder has hit 2 league goals in this League Two 2020 - 2021 season so far in 8 appearances.

We have made these Brechin City v Annan Athletic predictions for this match preview with the best intentions, but no profits are guaranteed. Please always gamble responsibly, only with money that you can afford to lose. Best of luck with your selections.