Return to this page a few days before the scheduled game when this expired prediction will be updated with our full preview and tips for the next match between these teams.
Full-Time Result Prediction
👉
Annan Athletic to Win

Our predictions, user poll and statistics for Cowdenbeath v Annan Athletic can be found here - plus the latest match odds.

Cowdenbeath will be looking for an improved result here after the 1-2 League Two defeat last time out to Edinburgh City.

The only name on the scoresheet from Cowdenbeath was Liam Buchanan (75'). John Robertson (51') and Scott Reekie (83') scored for Edinburgh City.

A common feature of more recent Cowdenbeath games is the number of nil scores.

From their previous sextet of matches before this one, in 5 of them a bet on "Both Teams to Score" would have been a losing one.

Looking at their past form shows that Cowdenbeath:

The only scorer from Annan Athletic was Tommy Goss (88'). Broque Watson (17') was the scorer for Stranraer.

In their previous 6 outings, Annan Athletic have helped themselves to the sum of 15 goals. Annan Athletic have additionally got on the scoresheet in every single one of those games. In that time, their defenders have had 6 goals scored by their opponents. Having said that, it remains to be seen whether that trend will be replicated in this next game.

Their past results show that Annan Athletic:

Looking at their past head to head clashes going back to 07/03/2020 tells us that Cowdenbeath have won 0 of these & Annan Athletic 3, with the tally of draws standing at 3.

A combined sum of 10 goals were scored between the two sides in these games, with 2 from The Blue Brazil and 8 being from Galabankies. The average goals per game has been 1.67.

There aren’t many selection issues, with just the lone fitness concern for the Cowdenbeath gaffer Maurice Ross to contend with from an otherwise fully-primed group. Kris Renton (Knee Problems) is out of contention.

Thanks to a completely injury-free group available to choose from, the Annan Athletic boss Peter Murphy has no fitness worries whatsoever coming into this game.

When taking everything into account, Cowdenbeath may not find it easy to register a score against this Annan Athletic team who will likely score at least once to put them ahead.

That’s why our selection here is for a good battle with a 0-1 advantage for Annan Athletic when all is said and done. 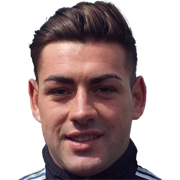 Typically used in the Striker position, Kris Renton was born in Musselburgh, Scotland. Having made his senior debut playing for Norwich City in the 2006 - 2007 season, the goalscoring Forward has contributed 2 league goals in this League Two 2021 - 2022 season so far in a total of 11 appearances.

We have made these Cowdenbeath v Annan Athletic predictions for this match preview with the best intentions, but no profits are guaranteed. Please always gamble responsibly, only with money that you can afford to lose. Best of luck with your selections.