For all of our match predictions, pre-game poll and statistics for Pau FC v Annecy FC, scroll down including the latest game odds.

Pau FC will be hoping to bounce back here following the 2-0 Coupe De France losing effort in their last game against Lille.

In that game, Pau FC managed 28% possession and 1 attempts at goal with 1 of them on target. The only player to score for Pau FC was Xavier Kouassi (37' Own goal). At the other end, Lille got 24 shots on goal with 8 on target. Angel Gomes (79') was the scorer for Lille.

Pau FC have really struggled up front of late. Their ‘goals for’ figure stands at just 3 vs opposition teams during the course of their last six outings. In those games, Pau FC have also seen the tally of goals scored against them total 7.

In their previous fixture, Annecy FC drew 1-1 in the Coupe De France tie with Belfort.

During their 6 most recent matches, Laurent Guyot's Annecy FC have found the back of the net a total of 13 times - yielding them a goals scored per game average of 2.17.

There’s just the sole fitness concern for the Pau FC gaffer Didier Tholot to be concerned with thanks to an almost full-strength squad. Antoine Batisse (Cruciate Ligament Rupture) is out of contention.

With a fully injury-free group available to select from, the Annecy FC manager Laurent Guyot has no fitness worries at all before this match.

Annecy FC may not find it easy to be putting a goal past this Pau FC outfit who will likely score at least once to gain the upper hand.

We’re therefore seeing a good battle with a 1-0 victory for Pau FC when the referee blows for full-time. 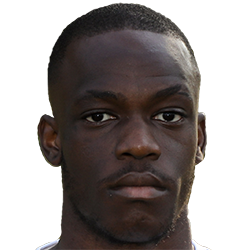 Regularly used in the Left Wing position, Mons Bassouamina was born in Gonesse, France. Having played his first senior match for AS Nancy Lorraine in the 2018 - 2019 season, the gifted Forward has scored a sum of 4 league goals in this Ligue 2 2022 - 2023 campaign so far from a total of 15 appearances.

We have made these Pau FC v Annecy FC predictions for this match preview with the best intentions, but no profits are guaranteed. Please always gamble responsibly, only with money that you can afford to lose. We wish you the best of luck.