Fatih Karagümrük face off with visiting rivals Antalyaspor at Atatürk Olimpiyat Stadyumu in the Super Lig tie on Tuesday.

Our predictions, user poll and statistics for Fatih Karagümrük v Antalyaspor can be found here - plus the latest match odds.

In that game, Fatih Karagümrük had 67% possession and 13 shots at goal with 6 on target. For Fatih Karagümrük, the goalscorers were Andrea Bertolacci (30', 88') and Aleksandar Pešić (44', 76'). Yeni Malatyaspor got 8 shots at goal with 4 on target. Benjamin Tetteh (18'), Mustafa Eskihellaç (24') and Mounir Chouiar (40') scored for Yeni Malatyaspor.

Fixtures with Fatih Karagümrük have often been exciting ones recently with a lot of goalmouth action the rule rather than the exception. Over their past half dozen clashes, the sum total of 23 goals have flown in for both sides combined (at an average of 3.83 goals per game) with 16 of them being chalked up by Fatih Karagümrük.

Coming into this clash, Fatih Karagümrük are unbeaten in their previous 8 league matches at home. It's been impressive.

Following on from being beaten in their last game against Beşiktaş in Super Lig competition, Antalyaspor will be hoping to turn things around here.

In that match, Antalyaspor managed 42% possession and 11 attempts on goal with 5 on target. For Antalyaspor, goals were scored by Haji Wright (41') and Veysel Sarı (45'). For their opponents, Beşiktaş had 19 attempts at goal with 6 of them on target. Rıdvan Yılmaz (49'), Michy Batshuayi (65') and Rachid Ghezzal (76') scored for Beşiktaş.

The numbers tell their own story, and Antalyaspor have been scored against in 5 of their last 6 games, seeing opposing sides hit 10 goals in total. At the back, Antalyaspor certainly have room for improvement. Such a trend won’t necessarily be continued into this next game, however.

The previous league meeting between these sides was Super Lig match day 38 on 28/04/2021 which finished with the scoreline of Fatih Karagümrük 2-2 Antalyaspor.

That day, Fatih Karagümrük had 60% possession and 5 shots on goal with 3 on target. The scorer was Fabio Borini (24').

Out of a mainly full-strength group, there’s only the sole fitness problem for the Antalyaspor manager Ersun Yanal to contend with. Dogukan Nelik (Cruciate Ligament Rupture) misses out for this game. Ataberk Dadakdeniz cannot play in this game through suspension.

Here is a game where Antalyaspor will have to perform well to register a score against this Fatih Karagümrük side who we reckon will be able to get on the scoresheet themselves in a winning performance.

We’re therefore predicting a very even contest with a 1-0 winning margin for Fatih Karagümrük at the end of this one. 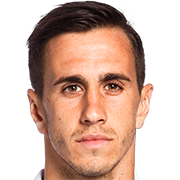 Normally taking up the Striker position, Aleksandar Pešić was born in Niš, Serbia. After making a first senior appearance for OFI Crete in the 2008 - 2009 season, the accomplished Forward has bagged 5 league goals in this Süper Lig 2021 - 2022 season to date from a total of 5 appearances.

We have made these Fatih Karagümrük v Antalyaspor predictions for this match preview with the best intentions, but no profits are guaranteed. Please always gamble responsibly, only with money that you can afford to lose. We wish you the best of luck.