Return to this page a few days before the scheduled game when this expired prediction will be updated with our full preview and tips for the next match between these teams.
Gaziantep will be taking on visiting team Antalyaspor at Gaziantep Arena in this Süper Lig fixture on Sunday. Our tips, poll and stats for Gaziantep v Antalyaspor can all be found here including the latest game odds.

Gaziantep will play in this game following on from a 3-3 Süper Lig stalemate against Galatasaray. For Gaziantep, goals were scored by Papy Djilobodji (17'), Patrick Twumasi (78') and Alexandru Maxim (105'). Radamel Falcao (36'), Younès Belhanda (40') and Sofiane Feghouli (66') scored for Galatasaray.

It’s been a rare occasion in recent games where Gaziantep have managed to hold out for a full 90 minutes. The facts show that Gaziantep have been scored against in 6 of their previous 6 games, giving up 10 goals in the process.

Looking at their past form shows that Gaziantep:

Antalyaspor head into the game after a 3-1 Süper Lig win to defeat Çaykur Rizespor in their last match. For Antalyaspor, the goals were scored by Sinan Gümüş (3'), Adis Jahović (73') and Ersan Gülüm (76'). Milan Škoda (90') was the scorer for Çaykur Rizespor.

Over the course of their previous 6 outings, Antalyaspor have amassed a tally of 11 goals. Akrepler have also scored on each one of those occasions. Over that period, they have seen 6 goals go against them. Let’s find out whether or not that trend will be continued on into this next match.

Coming into this clash, Antalyaspor have not been beaten in their last 5 away league matches.

The previous league contest between these sides was Süper Lig match day 12 on 25/11/2019 when the final score was Antalyaspor 1-1 Gaziantep. The referee was Hüseyin Göçek.

Gaziantep manager Marius Şumudică will be happy not to have any fitness worries whatsoever before this game with a fully injury-free squad available to choose from. Abdul-Aziz Tetteh is ineligible for this match because of suspension.

Thanks to a largely full-strength squad, there is only the lone fitness problem for the Antalyaspor boss Tamer Tuna to be concerned about. Bahadir Öztürk (Thigh muscle rupture) won’t be playing here.

We’re of the view that Antalyaspor and Gaziantep could well end up finding themselves level here, with both teams capable of netting. A draw is a real possibility, as we are expecting there to be little between them. Therefore, we predict a close game with a 1-1 score draw when all is said and done.

Both Teams to Score Prediction for Gaziantep vs Antalyaspor
Yes 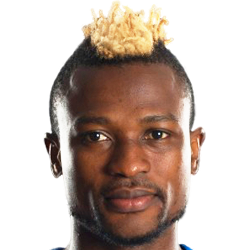 Generally used in the Right Attacking Midfielder position, Patrick Twumasi was born in Obuasi, Ghana. After having made a senior debut playing for Spartaks Jūrmala in the 2012 season, the talented Midfielder has got 6 league goals in this Süper Lig 2019 - 2020 campaign so far coming from a total of 25 appearances.

We have made these Gaziantep v Antalyaspor predictions for this match preview with the best intentions, but no profits are guaranteed. Please always gamble responsibly, only with money that you can afford to lose. Best of luck.