The First Division A tie at Kehrwegstadion on Saturday will see home side Eupen lock horns with opponents Antwerp.

All Eupen v Antwerp match predictions, user poll and stats are shown below - as well as the best betting odds.

Eupen will be looking for an improved result here following a 1-2 First Division A defeat in their last game at the hands of Seraing.

At least three goals per match have been seen in 5 of the past 6 meetings where Eupen have played. Opposition teams scored 8 times in these games while Eupen totted up 13.

In their last game, Antwerp drew 2-2 in the First Division A match with Oud-Heverlee Leuven.

Looking at their form, and Antwerp have been scored against in 5 of their last 6 games, conceding 10 goals in total. At the back, Antwerp seem to have a bit of a soft underbelly. Putting that to one side, we will just have to wait and see whether that trend might be sustained in this game.

Coming into this contest, Antwerp are unbeaten in their previous 2 league matches away from home.

An inspection of their past head to head meetings stretching back to 06/10/2018 shows that these encounters have not been happy ones for Eupen. They have not been able to come away with any wins whatsoever while Antwerp have been too good for them, beating them in 83 per cent of those ties.

In all, 18 goals were scored between the two sides in this period, with 5 for Pandas and 13 created by The Great Old. The average goals per game has been 3.

Antwerp boss Brian Priske has to contend with a number of unavailable players. Sam Vines (Collarbone fracture) and Sander Coopman (Cruciate Ligament Rupture) will not be playing here.

We’ve got the feeling that Antwerp and Eupen may well end up cancelling each other out here.

There should be little in it, and a draw looks to be quite a realistic result. We’re therefore anticipating a 1-1 score draw at the end of this game. 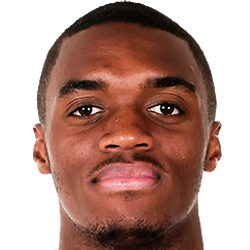 Usually played in the Striker position, Julien Ngoy was born in Antwerp, Belgium. Having made a first senior appearance for Stoke City in the 2016 - 2017 season, the dangerous Forward has scored a sum of 2 league goals in this First Division A 2021 - 2022 campaign so far coming from a total of 6 appearances.

We have made these Eupen v Antwerp predictions for this match preview with the best intentions, but no profits are guaranteed. Please always gamble responsibly, only with money that you can afford to lose. Best of luck.