Antwerp will visit Ghelamco Arena on Sunday for the First Division A clash with home side KAA Gent.

KAA Gent head into this game coming off the back of a 1-1 First Division A stalemate vs Beerschot.

The only name on the scoresheet from KAA Gent was Sven Kums (43'). Ismaila Coulibaly (23') scored for Beerschot.

Hein Vanhaezebrouck's KAA Gent have found the net 8 times in their past six outings. The corresponding tally of goals that have been scored against them in that time is 7.

Leading up to this clash, KAA Gent:

Since being beaten in their last game against KV Mechelen in First Division A competition, Antwerp and their travelling fans will hope for a better result here.

A tendency of at least one side getting a clean sheet in games involving Antwerp has been fairly consistent recently. A glance at their last 6 outings shows that it has happened 5 times. During those clashes, their opponents have hit a goal aggregate of 9 and The Great Old have scored 5.

Analysis of their past results shows that Antwerp:

Inspecting their past head to head meetings stretching back to 25/11/2018 shows us that KAA Gent have won 1 of these games & Antwerp 3, with the number of drawn matches being 2.

A sum of 14 goals were shared by the two clubs throughout the course of those matches, with 6 of them for De Buffalo's and 8 for The Great Old. The average goals per game has been 2.33.

The previous league game between these sides was First Division A match day 3 on 22/08/2020 when the final score was Antwerp 1-0 KAA Gent.

Antwerp manager Franky Vercauteren has to currently contend with reduced team options. Matheus (Calf Injury) and Jean Butez (Ankle Injury) are those who can’t be considered.

Antwerp will need to play some great football to put one past a KAA Gent outfit who will likely win well here.

We are predicting a convincing 3-0 margin for KAA Gent when the full-time whistle blows. 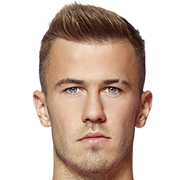 Customarily played in the Central Defensive Midfielder position, Niklas Dorsch was born in Lichtenfels, Germany. After having made a senior debut playing for Bayern Munich in the 2017 - 2018 season, the skilful Midfielder has managed to score 3 league goals in the First Division A 2020 - 2021 season to date in 18 appearances.

While we have made these predictions for KAA Gent v Antwerp for this match preview with the best of intentions, no profits are guaranteed. Always gamble responsibly, and with what you can afford to lose. Good luck!