Fans of both teams await the First Division A - Play-Offs action scheduled for Thursday when RSC Anderlecht take on Antwerp.

RSC Anderlecht will want to continue from where they left off last time out with the 0-4 First Division A - Play-Offs victory versus Antwerp.

Over their prior six fixtures, Vincent Kompany's RSC Anderlecht have celebrated scoring a total of 12 times resulting in an average number of goals per match of 2.

The forward players for Antwerp have struggled for goals over their last 6 games, recording the unsatisfactory return of just 4. In those matches, The Great Old have also seen the collective goal tally of opposing teams equal 4.

A review of their prior head-to-head clashes stretching back to 01/11/2020 shows that RSC Anderlecht have won 3 of them and Antwerp 2, with the tally of drawn matches standing at 1.

A total of 16 goals were shared by the two clubs throughout the course of those matches, with 9 of them from Paars-wit and 7 netted by The Great Old. That’s an average goals per game of 2.67.

The last league game between these sides was First Division A - Play-Offs match day 3 on 08/05/2022 which ended up with the score at Antwerp 0-4 RSC Anderlecht.

That time, Antwerp managed 45% possession and 11 attempts on goal with 3 of them on target.

We feel that RSC Anderlecht have it within them to get amongst the goals when they come up against Antwerp, who may well find it hard to break down their defence.

We therefore think that it’s going to be a comfortable 2-0 victory for RSC Anderlecht at the end of the match. 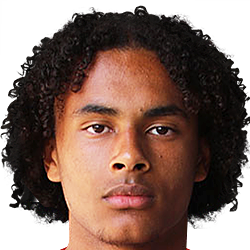 Typically used in the Striker position, Joshua Zirkzee was born in Schiedam, Netherlands. After having played his first senior match for Bayern Munich II in the 2019 - 2020 season, the accomplished Forward has managed 15 league goals in this First Division A 2021 - 2022 campaign to date coming from a total of 32 appearances.

We have made these RSC Anderlecht v Antwerp predictions for this match preview with the best intentions, but no profits are guaranteed. Please always gamble responsibly, only with money that you can afford to lose. Good luck with your selections.