Antwerp will be hosting visitors Sint-Truidense VV at Het Bosuilstadion in the First Division A clash on Sunday.

All Antwerp v Sint-Truidense VV game predictions, stats and user poll are shown below including the latest game odds.

Antwerp will be hoping to return to winning ways here after the 3-4 Europa League loss in their previous game against Rangers.

The Great Old have not been the best at stopping their opponents of late, but they have also found ways to convert their own chances into goals. Analysis of their previous 6 games shows that The Great Old have been punished defensively in 6 of them as well as managing to get on the scoresheet in 6 of those matches.

Ahead of this clash, Antwerp have not been beaten in the league by Sint-Truidense VV in their previous 3 games.

After being beaten in their last game against SV Zulte Waregem in First Division A competition, Sint-Truidense VV will be hoping to turn things around here.

The only scorer from Sint-Truidense VV was Yuma Suzuki (72'). Jean-Luc Dompé (52') and Gianni Bruno (55') scored for SV Zulte Waregem.

Peter Maes's Sint-Truidense VV have had reason to celebrate scoring 8 times in the course of their previous 6 matches. The overall goals that have been scored against them during those same clashes equals 7.

Coming into this contest, Sint-Truidense VV are without an away win for the past 2 matches in the league.

Checking on their most recent head-to-head clashes stretching back to 12/05/2018 shows that Antwerp have won 2 of these and Sint-Truidense VV 3, with the tally of drawn results standing at 1.

An aggregate of 18 goals were scored between the two sides in these games, with 8 from The Great Old and 10 belonging to De Kanaries. That’s an average goals per game of 3.

The last league contest featuring these sides was First Division A match day 5 on 13/09/2020 when the final score was Sint-Truidense VV 2-3 Antwerp.

Owing to a completely injury-free group available to choose from, Sint-Truidense VV manager Peter Maes does not have any fitness worries to report coming into this match.

Looking at these two teams, we feel that Antwerp will likely get the goals that they need against Sint-Truidense VV, who may well find it hard getting goals.

Our selection here is for a decent 2-0 margin for Antwerp by the time that the referee blows the final whistle. 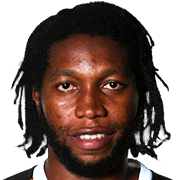 Customarily played in the Striker position, Dieumerci Mbokani was born in Kinshasa, DR Congo (Zaire). After having played his first senior match for RSC Anderlecht in the 2006 - 2007 season, the goalscoring Forward has contributed 8 league goals in this First Division A 2020 - 2021 season so far from a total of 20 appearances.

While we have made these predictions for Antwerp v Sint-Truidense VV for this match preview with the best of intentions, no profits are guaranteed. Always gamble responsibly, and with what you can afford to lose. Good luck!