Arbroath journey to Somerset Park on Saturday for the Championship meeting with hosts Ayr United.

Our Ayr United v Arbroath predictions, statistics and match poll can be seen below - as well as up-to-date odds.

Ayr United will be looking for another win after the 2-0 Championship success against Raith Rovers.

It has not been often in recent games that Ayr United have shown defensive steel. In fact, Ayr United have seen their defence breached in 5 of their previous 6 matches, shipping 13 goals along the way. Such a pattern won’t necessarily be carried forward into this next game, however.

Looking at their past form shows that Ayr United:

In their last game, Arbroath drew 0-0 in the Championship tie with Inverness C.T.

The trend of at least one team not managing to score in games featuring Arbroath has become fairly consistent of late. A glance at their last six outings shows that this has occurred 5 times. During those clashes, opposing sides have hit a goal total of 1 while Arbroath have scored 8.

Their previous form shows that Arbroath:

An examination of their past head to head meetings going back to 10/12/2019 shows that Ayr United have won 0 of them & Arbroath 3, with the number of drawn results standing at 3.

A combined total of 16 goals were scored between the two sides throughout the course of those matches, with 5 of them from The Honest Men and 11 created by The Red Lichties. That is an average goals per game value of 2.67.

The Ayr United boss Davie White has zero fitness concerns to speak of ahead of this game with a completely healthy group to pick from.

Thanks to a fully healthy group available to select from, the Arbroath boss Dick Campbell does not have any fitness worries at all before this match.

We’re envisaging that Ayr United might need a bit of good fortune to be putting a goal past this Arbroath side who we think will be able to grind out a win.

That’s why our selection here is for a very even contest with a 0-1 advantage for Arbroath at the end of this game. 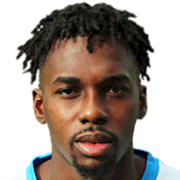 Mostly playing in the Striker position, Tomi Adeloye was born in Sidcup, England. After having made a senior debut playing for Hartlepool United in the 2017 - 2018 season, the dangerous Forward has struck 7 league goals in the Championship 2021 - 2022 season so far from a total of 18 appearances.

While we have made these predictions for Ayr United v Arbroath for this match preview with the best of intentions, no profits are guaranteed. Always gamble responsibly, and with what you can afford to lose. Good luck with your selections.