Return to this page a few days before the scheduled game when this expired prediction will be updated with our full preview and tips for the next match between these teams.
Full-Time Result Prediction
👉
Motherwell to Win

Arbroath are set to play against Motherwell in Saturday’s Scottish Cup meeting.

Our full set of predictions, statistics and match poll for Arbroath v Motherwell can be seen below - as well as up-to-date odds.

Arbroath enter this fixture after a 2-2 Championship drawn match vs Ayr United.

Arbroath have been on a persistent run of goalscoring form, finding the back of the net every time they’ve gone out to play in their last 6 matches.

They have hit an aggregate of 10 during that time while also conceding a total of 18.

In their last fixture, Motherwell drew 1-1 in the Premiership match with Ross County.

Motherwell have been effective going forward in their most recent fixtures, scoring 7 times in their previous 6 matches. While their manager Steven Hammell will no doubt take that as a positive sign, Motherwell can also improve defensively after being scored against in 6 of those same clashes. Regardless, time will tell whether such a trend shall be sustained in this next game or not.

It’s a low absenteeism rate, with just the sole fitness concern for the Arbroath boss Dick Campbell to be concerned with thanks to an otherwise robust group. Dylan Tait (Knee Injury) misses out.

In an otherwise healthy group of players, there is only the lone fitness worry for the Motherwell boss Steven Hammell to contend with. Jake Carroll (Knee Surgery) won’t be playing here.

We feel that in this game, Arbroath are capable enough to put a goal past this Motherwell team, however a single goal might not be good enough.

We’re therefore expecting a tight encounter finishing with a 1-2 winning score for Motherwell after the 90. Could easily go either way, this. 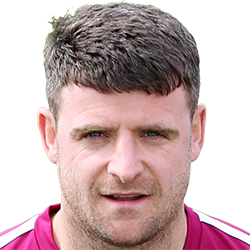 Normally playing in the Left Wing position, Bobby Linn was born in Dundee, Scotland. After making a first senior appearance for Dundee in the 2003 - 2004 season, the goalscoring Forward has managed 3 league goals in the Championship 2022 - 2023 campaign to date in a total of 21 appearances.

While we have made these predictions for Arbroath v Motherwell for this match preview with the best of intentions, no profits are guaranteed. Always gamble responsibly, and with what you can afford to lose. We wish you the best of luck.