Arbroath will be visiting Stark's Park on Saturday for the Championship showdown with home side Raith Rovers.

Our predictions, user poll and statistics for Raith Rovers v Arbroath can be found here (inc. the best betting odds).

It has been a rare occasion in recent times where Raith Rovers have shown defensive steel. In fact, Raith Rovers have seen their defence breached in 5 of their previous 6 clashes, shipping 8 goals on the way. It will be interesting to see if that trend can be continued on here.

Taking a look at their past results, Raith Rovers:

In the game prior to this, Arbroath drew 2-2 in the Championship tie with Greenock Morton.

Taking a look at their past results, Arbroath:

If we look at their past head to head duels stretching back to 22/12/2018, both clubs have shared the honours with Raith Rovers winning 2 of those games, Arbroath 2 and 2 being draws after 90 minutes of play.

In all, 15 goals were shared by the two clubs during those clashes, with 9 from The Rovers and 6 created by The Red Lichties. The average number of goals per game works out to 2.5.

The previous league encounter between these clubs was Championship match day 24 on 10/04/2021 and the score finished Raith Rovers 2-2 Arbroath.

Owing to a completely injury-free squad ready to go, the Arbroath manager Dick Campbell has zero fitness concerns at all coming into this game.

We’re thinking that Arbroath will manage to score against this Raith Rovers lineup, but it probably shouldn’t be enough to prevent defeat.

We reckon that it will be a very close game with a 2-1 winning score for Raith Rovers at the end of this one. Could easily see this go either way. 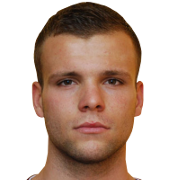 Typically used in the Striker position, Matej Poplatnik was born in Slovenia. Having made his senior debut playing for Montana in the 2015 - 2016 season, the accomplished Forward has got 2 league goals in this Championship 2021 - 2022 campaign so far in a total of 6 appearances.

While we have made these predictions for Raith Rovers v Arbroath for this match preview with the best of intentions, no profits are guaranteed. Always gamble responsibly, and with what you can afford to lose. Best of luck with your selections.