Our full set of predictions, statistics and match poll for Beroe Stara Zagora v Arda Kardzhali can be seen below (plus the best game odds).

Beroe Stara Zagora will be hoping to bounce back here following a 3-1 First League defeat in their last game at the hands of Ludogorets Razgrad.

Beroe Stara Zagora have really been misfiring in more recent games. Their sum of goals equals just 4 versus opposing sides during the course of their previous 6 matches. In those games, Zelenite have also seen the number of goals against them come to 8.

Coming into this fixture, Beroe Stara Zagora are without a home win in the past 2 league games.

Since suffering a loss in their previous game against CSKA Sofia in First League action, Arda Kardzhali and their travelling supporters will be hoping that they can get a better result in this one.

The stats don’t lie, and Arda Kardzhali have been scored against in 5 of their last 6 matches, seeing opposing sides hit 10 goals in all. At the back, The Vallecans can certainly do much better. While that may be of interest, it remains to be seen if that pattern shall persist here in this match.

Ahead of this clash, Arda Kardzhali have not won away from home in their last 5 matches in the league.

The last league fixture between these sides was First League match day 24 on 17/04/2021 when it finished Arda Kardzhali 1-0 Beroe Stara Zagora.

On that day, Arda Kardzhali had 52% possession and 8 attempts at goal with 3 on target. Their only player on the scoresheet was Tonislav Yordanov (69').

Beroe Stara Zagora got 6 attempts on goal with 1 of them on target.

Beroe Stara Zagora manager Dimitar Dimitrov will be happy not to have any fitness concerns to speak of before this game thanks to a fully injury-free squad ready to go.

We envisage that Arda Kardzhali and Beroe Stara Zagora could both find goals hard to come by here.

We’ll have to see, but a draw might be on the cards. Our tip is therefore for a 0-0 draw at the end of the 90 minutes. 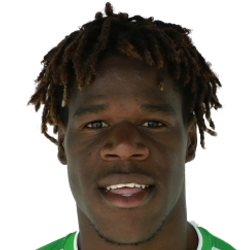 Normally played in the Centre Midfield position, Gaius Makouta was born in Alfortville, France. Having made his senior debut playing for Longford Town in the 2016 season, the dangerous Midfielder has contributed 6 league goals in the First League 2020 - 2021 campaign so far in 24 appearances.

While we have made these predictions for Beroe Stara Zagora v Arda Kardzhali for this match preview with the best of intentions, no profits are guaranteed. Always gamble responsibly, and with what you can afford to lose. Best of luck with your selections.