Return to this page a few days before the scheduled game when this expired prediction will be updated with our full preview and tips for the next match between these teams.
Full-Time Result Prediction for Aris FC vs AEL Limassol
Aris FC to Win

We’re thinking that Aris FC will most probably dominate on the ball and be rewarded with decent chances. Conversely, AEL Limassol are also probably going to find it difficult to score themselves but do we see them pulling one back during this clash. We’re tipping a controlled 3-1 margin for Aris FC at full-time. View all Aris FC v AEL Limassol tips, stats and our pre-match poll below (plus the best game odds). 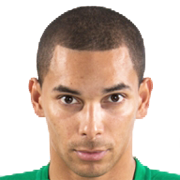 Normally taking to the field in the Striker position, Nicolas Diguiny was born in France. Having made a first senior appearance for Vannes in the 2008 - 2009 season, the accomplished Forward has accumulated 8 league goals in this Super League 2018 - 2019 campaign to date coming from a total of 27 appearances.

While we have made these predictions for Aris FC v AEL Limassol for this match preview with the best of intentions, no profits are guaranteed. Always gamble responsibly, and with what you can afford to lose. Best of luck with your selections.