The Super League fixture at Toumba Stadium on Wednesday will see home team PAOK up against Aris FC.

PAOK enter this match following on from a 0-0 Super League tied result versus Aris FC.

PAOK have not been in good attacking form in recent times. Their goals record stands at just 3 vs opponents over their last six fixtures. In those games, PAOK have also seen the number of goals that have gone against them come to 8.

A look at their previous results shows us that PAOK:

A series of reliable performances from the Aris FC defensive unit has resulted in the number of goals they’ve conceded standing at 3 from their previous 6 outings combined. Over that same time, the number of goals that they have scored themselves is 3. Let’s find out if that trend will end up being sustained in this game.

Checking out their prior head to head meetings going back to 07/03/2021, neither club has come out on top overall with PAOK winning 2 of those games, Aris FC 2 and 2 being draws in normal time.

9 goals were scored between them in this period, with 5 of them from Dikefalos tou Vorra and 4 created by Theos tou polemou. This gives an average number of goals per game equal to 1.5.

On that day, Aris FC managed 48% possession and 16 attempts on goal with 6 on target. Their only player to score was Cheick Doukouré (17').

PAOK had 11 attempts at goal with 2 on target.

The match was refereed by Miguel Godinho.

Thanks to a completely healthy group ready to go, the Aris FC boss Germán Burgos has no fitness concerns at all before this match.

When taking all factors into account, Aris FC have the firepower to find the net against this PAOK side, although that possibly won’t be as many as they’ll concede.

We can see a very close game with a 2-1 winning score for PAOK when the full-time whistle blows. Should be a good one. 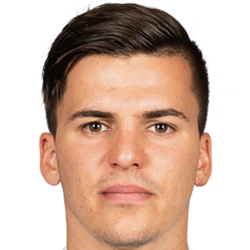 Typically played in the Central Attacking Midfielder position, Thomas Murg was born in Voitsberg, Austria. After having made a senior debut playing for Austria Vienna in the 2012 - 2013 season, the goalscoring Midfielder has scored a sum of 4 league goals in this Super League 2021 - 2022 season to date in 23 appearances.

While we have made these predictions for PAOK v Aris FC for this match preview with the best of intentions, no profits are guaranteed. Always gamble responsibly, and with what you can afford to lose. We wish you the best of luck.