PAS Giannina will take to the pitch with away team Aris FC at Zosimades Stadium in the Super League meeting on Tuesday.

Scroll down to see all of the predictions, poll and statistics for PAS Giannina v Aris FC (including the best match odds).

Iraxlis Metaxas's PAS Giannina have managed to score 5 times in their preceding half-dozen outings. Conversely, the number of goals that have been scored against them in those games is 13.

Ahead of this clash, PAS Giannina are unbeaten in the league by Aris FC in their previous 5 games.

Aris FC will go into the match following a 3-2 Super League win over AEK Athens in their last game.

Throughout their six latest matches, Germán Burgos's Aris FC have seen their efforts on goal rewarded 7 times thus giving them a goals scored per game average of 1.17.

Coming into this fixture, Aris FC have not registered a win against PAS Giannina in games played away from home for the previous 6 league matches. They really have not been travelling well at all.

Checking on their past head-to-head clashes going back to 03/02/2019 tells us that PAS Giannina have won 2 of these and Aris FC 1, with the tally of drawn games standing at 3.

In all, 12 goals were scored between the two sides in this period, with 9 of them for Ajax of Epirus and 3 created by Theos tou polemou. That is an average goals per game value of 2.

The previous league match between these clubs was Super League match day 3 on 03/04/2022 which ended up with the score at Aris FC 0-0 PAS Giannina.

On that occasion, Aris FC managed 56% possession and 14 shots on goal with 5 of them on target.

PAS Giannina had 2 attempts on goal with 0 on target.

The PAS Giannina boss Iraxlis Metaxas has a full complement, with no fitness concerns at all ahead of this match with a fully healthy squad to choose from.

Due to a completely injury-free squad available to select from, the Aris FC boss Germán Burgos doesn’t have any fitness worries whatsoever before this clash.

When taking all factors into account, PAS Giannina will likely create enough chances to score a goal against this Aris FC side, however a single goal likely won’t be enough to give them the result that they want.

We’re going for a very close game with a 1-2 winning score for Aris FC at full-time. Hopefully this is a good one. 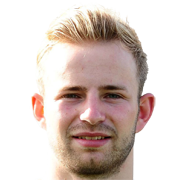 Normally deployed in the Striker position, Jan-Marc Schneider was born in Hamburg, Germany. After making a first senior appearance for St. Pauli in the 2016 - 2017 season, the skilful Forward has managed 4 league goals in the Super League 2021 - 2022 campaign to date from a total of 29 appearances.

We have made these PAS Giannina v Aris FC predictions for this match preview with the best intentions, but no profits are guaranteed. Please always gamble responsibly, only with money that you can afford to lose.