Aris FC will be taking on guests Volos at Kleanthis Vikelides Stadium in this Super League clash on Saturday.

Scroll down for all of our predictions, poll and stats for the Aris FC v Volos game - plus the latest betting odds.

Aris FC will be hoping to return to winning ways here following the 1-0 Super League defeat last time out to Olympiacos.

Their latest results shine a light on the fact that it has been a great time for the Aris FC rearguard. Aris FC have given the opposition little, with the number of goals that have gone in at their end over the course of their last six clashes standing at 3.

Volos will come into the meeting following on from a 0-1 Super League win against Ionikos in their last game.

In that game, Volos managed 58% possession and 10 shots at goal with 3 on target. The scorer for Volos was Ognjen Ožegović (91'). At the other end, Ionikos got 11 shots on goal with 7 of them on target.

A tendency of at least one team not managing to score in games involving Volos has become evident of late. Examining their last 6 meetings shows that it has happened 6 times. In those clashes, their opponents have managed a goal tally of 11 while Volos have scored 1. That kind of trend won’t necessarily be carried forward into this match, though.

Coming into this contest, Volos are undefeated in their last 3 league matches away from home.

Looking at their past head to head clashes going back to 19/12/2019 shows us that Aris FC have won 4 of them & Volos 2, with the number of drawn matches standing at 0.

A combined sum of 14 goals were produced between them throughout the course of those matches, with 9 for Theos tou polemou and 5 netted by Volos. That is an average goals per game value of 2.33.

The previous league meeting between these sides was Super League match day 6 on 02/10/2022 which ended up with the score at Volos 2-0 Aris FC.

On that day, Volos managed 34% possession and 9 attempts at goal with 4 on target. The scorers were Miloš Deletić (26') and Jean Barrientos (30').

At the other end, Aris FC got 15 attempts at goal with 4 of them on target.

The referee was Christos Vergetis.

The Aris FC boss Alan Pardew will be grateful not to have any fitness worries to speak of coming into this game owing to a fully healthy group to choose from.

Our assessment is that Aris FC are likely to convert a lot of goal-scoring opportunities.

However, Volos could well struggle to score themselves but we do fancy them hitting back at some stage.

Accordingly, we see a pretty comfortable 3-1 victory for Aris FC at the conclusion of the game. 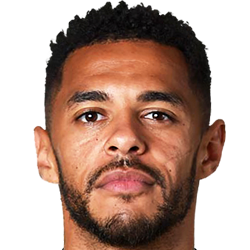 Regularly played in the Striker position, Andre Gray was born in Wolverhampton, England. Having made a first senior appearance for Shrewsbury Town in the 2009 - 2010 season, the talented Forward has got 6 league goals in this Super League 2022 - 2023 campaign to date in a total of 18 appearances.

We have made these Aris FC v Volos predictions for this match preview with the best intentions, but no profits are guaranteed. Please always gamble responsibly, only with money that you can afford to lose. Best of luck with your selections.