It’s not been often in recent times where Hamburger SV have managed to hold out for a full 90 minutes. It will be a concern for them that Die Rothosen have failed to prevent opponents from scoring in 5 of their previous 6 clashes, letting in 9 goals during that time. In any event, time will tell whether the trend shall be maintained in this game.

Coming into this meeting, Hamburger SV have left without a victory over Arminia Bielefeld in their previous 2 league matches.

A succession of steadfast performances by the Arminia Bielefeld defensive unit has seen their ‘goals against’ tally standing at 4 from their previous 6 clashes overall. Over that same period of time, their own forwards have managed to score 14. That sort of pattern might not be carried forward into this next game, however.

Their prior results show that Arminia Bielefeld:

Looking over their most recent head-to-head meetings stretching back to 29/03/2008 shows that Hamburger SV have won 3 of these and Arminia Bielefeld 1, with the tally of drawn matches being 2.

A total of 17 goals were shared by the two clubs in these games, with 11 for Die Rothosen and 6 coming from Die Arminen. That’s an average goals per game of 2.83.

The last league encounter featuring these clubs was Bundesliga 2 match day 10 on 21/10/2019 when it ended Arminia Bielefeld 1-1 Hamburger SV. The match was refereed by Frank Willenborg.

Nearly everyone is up for selection, with just one fitness concern for the Hamburger SV manager Dieter Hecking to be concerned about from an otherwise fully-primed group of players. Jan Gyamerah (Broken leg) misses out.

We believe that Arminia Bielefeld will do well to breach the defence of this Hamburger SV lineup who will likely manage to score & go ahead. We’re therefore expecting a good battle with a 1-0 advantage for Hamburger SV when the referee blows for full-time. Should be an interesting one.

Over/Under 2.5 Goals Prediction for Hamburg vs Arminia Bielefeld
Under 2.5 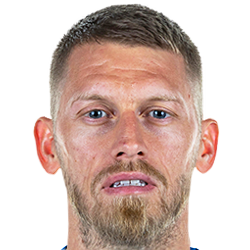 Usually deployed in the Central Attacking Midfielder position, Aaron Hunt was born in Goslar, Germany. Having made a first senior appearance for SV Werder Bremen in the 2004 - 2005 season, the skilful Midfielder has managed 4 league goals in this Bundesliga 2 2019 - 2020 campaign to date from a total of 15 appearances.

While we have made these predictions for Hamburger SV v Arminia Bielefeld for this match preview with the best of intentions, no profits are guaranteed. Always gamble responsibly, and with what you can afford to lose.