A common feature of more recent Hansa Rostock games is the number of nil scores.

Taking their previous six matches leading up to this one, in 5 of them a wager on "Both Teams to Score" would have lost.

Going into this encounter, Hansa Rostock are without a win at home for the past 4 league matches. Fans are getting restless.

Arminia Bielefeld have been effective going forward leading up to this encounter, scoring 11 times in their previous 6 matches. Having said that, Arminia Bielefeld have had their own issues at the back, also conceding in 6 of those same games. Still, we must now wait to see whether that pattern will be replicated here in this match.

Going into this encounter, Arminia Bielefeld haven’t won away from home in the past 8 matches in the league. A poor run.

Looking over their most recent head to head clashes stretching back to 10/08/2009 shows us that Hansa Rostock have won 2 of these and Arminia Bielefeld 3, with the tally of drawn results being 1.

In all, 20 goals were scored between them in these games, with 9 from Hansa and 11 coming from Bielefeld. This gives an average number of goals per game equal to 3.33.

The previous league contest featuring these sides was 3rd Liga match day 29 on 14/03/2015 when it finished Arminia Bielefeld 3-2 Hansa Rostock.

The referee was Bibiana Steinhaus.

We believe that Arminia Bielefeld and Hansa Rostock should play out a closely-fought contest here.

Little in this one, and it’s almost too close to call. We’re therefore seeing a hard-fought 1-1 score draw at the end of the 90 minutes. 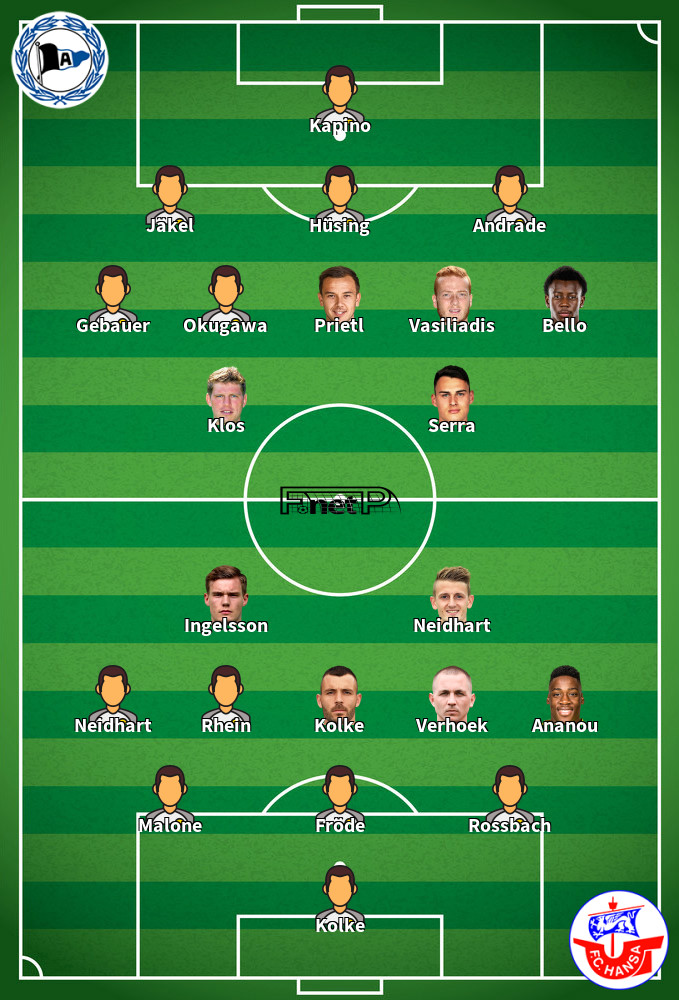 We have made these Hansa Rostock v Arminia Bielefeld predictions for this match preview with the best intentions, but no profits are guaranteed. Please always gamble responsibly, only with money that you can afford to lose. Good luck!