Their latest results highlight the fact that much solidity has been shown by the Arminia Bielefeld rearguard. Die Arminen have given the opposition little, resulting in the tally of goals that have gone in at their end during their past six outings standing at 3. Such a pattern won’t necessarily be sustained into this next game, though.

After being defeated in their last game at the hands of SV Wehen Wiesbaden in Bundesliga 2 action, VfL Osnabrück and their travelling fans will hope for a better result here. For VfL Osnabrück, goals were scored by Benjamin Girth (3') and Moritz Heyer (45'). Manuel Schäffler (5', 26', 45'), Max Dittgen (7'), Stefan Aigner (15') and Daniel-Kofi Kyereh (91') scored for SV Wehen Wiesbaden.

The stats don’t lie, and VfL Osnabrück have been scored against in 5 of their last 6 games, letting opponents get 13 goals in all. Defensively, Osnabrück have seen their frailties exposed.

Inspecting their most recent head to head meetings stretching back to 10/12/2011 shows that Arminia Bielefeld have won 3 of these games & VfL Osnabrück 1, with the number of drawn games being 2.

In all, 11 goals were produced between them during those clashes, with 8 from Die Arminen and 3 coming from Osnabrück. The average goals per game has been 1.83.

The last league contest between these sides was Bundesliga 2 match day 9 on 07/10/2019 which finished with the scoreline of VfL Osnabrück 0-1 Arminia Bielefeld. The referee was Markus Schmidt.

In this game, VfL Osnabrück should have enough to put a goal past this Arminia Bielefeld outfit, however that might not quite be enough to avoid a loss. We’re expecting a close game with a 2-1 winning score for Arminia Bielefeld at the end of the 90 minutes. It’s a very tough call. 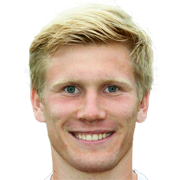 Normally deployed in the Striker position, Andreas Voglsammer was born in Germany. After having made a senior debut playing for Karlsruher SC in the 2010 - 2011 season, the skilful Forward has managed 10 league goals in this Bundesliga 2 2019 - 2020 season to date in 20 appearances.

While we have made these predictions for Arminia Bielefeld v VfL Osnabrück for this match preview with the best of intentions, no profits are guaranteed. Always gamble responsibly, and with what you can afford to lose. Best of luck with your selections.