Central Córdoba will do battle with the visiting Arsenal de Sarandí at Estadio Alfredo Terrera in the Superliga match on Tuesday.

Central Córdoba will be hoping to bounce back here following a 1-0 Superliga defeat last time out to Newell´s Old Boys.

Maxi Rodríguez (68') was the scorer for Newell´s Old Boys.

Sergio Rondina's Central Córdoba have hit the back of the net a sum total of 7 times in their last 6 outings. At the other end, the tally of goals that have been scored against them in that time amounts to 6.

Coming into this fixture, Central Córdoba are unbeaten in their last 2 league matches at home.

After being beaten in their last game against Unión de Santa Fe in Superliga action, Arsenal de Sarandí and their travelling fans will hope for a better result here.

Owing to a completely injury-free squad to pick from, the Arsenal de Sarandí manager Israel Damonte doesn’t have any fitness worries whatsoever coming into this clash.

We’re inclined to think that Arsenal de Sarandí might need a bit of good fortune to hit the back of the net against this Central Córdoba team who we think will be able to grind out a win.

We’ve gone for a 1-0 winning margin for Central Córdoba at the end of the 90. 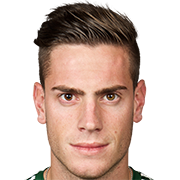 Mostly played in the Right Wing position, Lucas Melano was born in Argentina. After having made a senior debut playing for Belgrano in the 2011 - 2012 season, the dangerous Forward has contributed 2 league goals in the Superliga 2021 season to date in a total of 10 appearances.

While we have made these predictions for Central Córdoba v Arsenal de Sarandí for this match preview with the best of intentions, no profits are guaranteed. Always gamble responsibly, and with what you can afford to lose. Best of luck with your selections.