Return to this page a few days before the scheduled game when this expired prediction will be updated with our full preview and tips for the next match between these teams.
Full-Time Result Prediction
👉
Defensa y Justicia to Win

Arsenal de Sarandí will be visiting Estadio Norberto Tomaghello on Monday for the Superliga tie with hosts Defensa y Justicia.

Scroll down to see all of the predictions, poll and statistics for Defensa y Justicia v Arsenal de Sarandí - plus the latest betting odds.

Defensa y Justicia will want to continue from where they left off last time out with a 1-2 Superliga success versus Newell´s Old Boys.

A look at their previous results shows us that Defensa y Justicia:

Since being defeated in their last game at the hands of Rosario Central in Superliga competition, Arsenal de Sarandí and their travelling supporters will be hoping that they can get a better result in this one.

Checking out their prior head to head duels dating back to 13/12/2016, neither club has come out on top overall with Defensa y Justicia winning 2 of those games, Arsenal de Sarandí 2 and 2 being drawn in normal time.

A sum of 10 goals were yielded between them during those clashes, with 5 for Halcón and 5 belonging to Los del Viaducto. That’s an average goals per game of 1.67.

That time, Defensa y Justicia managed 52% possession and 9 attempts at goal with 4 on target. Their only player on the scoresheet was Adonis Frías (4').

On the other side, Arsenal de Sarandí got 18 shots at goal with 8 on target. Gonzalo Goñi (72') scored.

The Defensa y Justicia manager Sebastián Beccacece doesn’t have any fitness concerns to speak of coming into this match with a completely injury-free group ready to go.

Due to a completely healthy squad available to select from, the Arsenal de Sarandí manager Leonardo Madelón doesn’t have any fitness concerns whatsoever before this clash.

When taking everything into account, Arsenal de Sarandí will have a tough ask to be putting a goal past this Defensa y Justicia outfit who we think will manage to get a goal of their own in a winning performance.

Our tip is therefore for a very competitive game with a 1-0 winning margin for Defensa y Justicia when all is said and done. 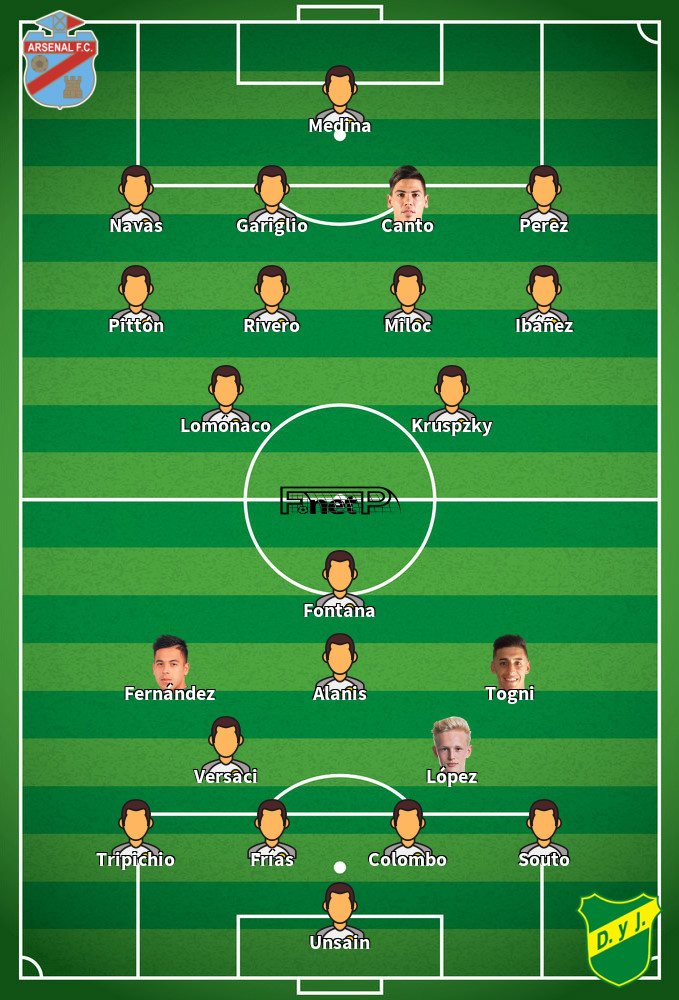 Generally playing in the Central Attacking Midfielder position, Manuel Duarte was born in La Plata, Argentina. Having made his senior debut playing for Defensa y Justicia in the 2022 season, the talented Midfielder has accumulated 2 league goals in this Superliga 2022 campaign so far coming from a total of 6 appearances.

While we have made these predictions for Defensa y Justicia v Arsenal de Sarandí for this match preview with the best of intentions, no profits are guaranteed. Always gamble responsibly, and with what you can afford to lose. Good luck if you do place a bet today.