Return to this page a few days before the scheduled game when this expired prediction will be updated with our full preview and tips for the next match between these teams.
Full-Time Result Prediction
👉
Gimna ' Plata to Win

The Superliga meeting at Estadio Juan Carmelo Zerillo on Friday will see home side Gimna ' Plata prepare for the visit of opponents, Arsenal de Sarandí.

Our Gimna ' Plata v Arsenal de Sarandí predictions, statistics and match poll can be seen below - plus the latest match odds.

Gimna ' Plata prepare for this fixture following on from a 0-0 Superliga draw vs Arsenal de Sarandí.

Fewer than three goals per game were scored during 5 of the past 6 meetings where Gimna ' Plata have been involved. In terms of the goal distribution from that period, their opponents scored an aggregate of 4 and Gimna ' Plata got themselves 6. However, we’ll just have to find out whether that trend will be maintained in this next match.

Heading into this fixture, Gimna ' Plata are undefeated in their last 10 home league matches. Visiting teams have certainly not had an easy time of it here.

It is worth noting that Arsenal de Sarandí have been starved of goals over their last six games, netting the poor return of only 4. In those fixtures, Los del Viaducto have also seen the overall goal aggregate of their opponents equal 6.

Coming into this contest, Arsenal de Sarandí haven’t won away from home in the past 5 league matches.

A glance at their prior head to head meetings dating back to 10/07/2015 tells us that Gimna ' Plata have won 3 of them & Arsenal de Sarandí 1, with the tally of drawn matches being 2.

A sum of 8 goals were shared by the two clubs in these games, with 5 of them from El Lobo and 3 netted by Los del Viaducto. The average goals per game has been 1.33.

The previous league fixture featuring these clubs was Superliga match day 17 on 20/10/2021 when it ended Arsenal de Sarandí 0-1 Gimna ' Plata.

That time, Arsenal de Sarandí had 44% possession and 13 shots on goal with 3 on target.

For their opponents, Gimna ' Plata got 20 shots at goal with 5 on target. Johan Carbonero (67') was the scorer.

The match was refereed by Pablo Echavarría.

The Gimna ' Plata manager Néstor Gorosito will be happy not to have any fitness worries to speak of before this match thanks to a fully injury-free squad ready to go.

Thanks to a completely injury-free group available to select from, the Arsenal de Sarandí manager Leonardo Madelón has zero fitness concerns to speak of coming into this match.

Here is a game where Arsenal de Sarandí will have their work cut out to put one past this Gimna ' Plata outfit who will likely score at least once to gain the upper hand.

We therefore fancy a hard-fought contest, finishing with a 1-0 winning margin for Gimna ' Plata at the end of the 90. 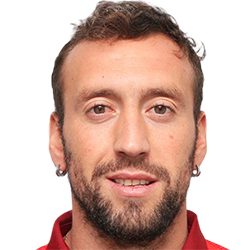 Customarily deployed in the Central Attacking Midfielder position, Brahian Alemán was born in Montevideo, Uruguay. After making a first senior appearance for Unión de Santa Fe in the 2012 - 2013 season, the goalscoring Midfielder has struck 4 league goals in this Primera División 2022 campaign so far coming from a total of 17 appearances.

While we have made these predictions for Gimna ' Plata v Arsenal de Sarandí for this match preview with the best of intentions, no profits are guaranteed. Always gamble responsibly, and with what you can afford to lose. Good luck!