Arsenal will be at Gtech Community Stadium on Sunday for the Premier League clash with home side Brentford.

All Brentford v Arsenal match predictions, user poll and stats are shown below (plus the best game odds).

Brentford are hoping to win again after their last result, a 5-2 Premier League victory against Leeds United.

Matches involving Brentford have tended to be absorbing affairs lately with plenty of scoring being the norm. Over their past six clashes alone, the sum total of 22 goals have flown in for both teams combined (at an average of 3.67 goals per game) with 15 of these coming from Brentford. That kind of pattern won’t necessarily be sustained here, though.

Arsenal go into this clash after a 1-2 Europa League win as they beat FC Zürich in their previous outing.

In that match, Arsenal managed 70% possession and 18 attempts on goal with 8 of them on target. For Arsenal, goals were scored by Marquinhos (16') and Eddie Nketiah (62'). On the other side, Zürich got 10 attempts at goal with 4 on target. Mirlind Kryeziu (44') was the scorer for FC Zürich.

Arsenal have been a threat going forward in their most recent fixtures, scoring 14 goals in their last 6 matches. This doesn’t mask the fact that Arsenal have had their own issues at the back, also conceding in 5 of those same outings.

The Brentford boss Thomas Frank will be grateful not to have any fitness worries at all ahead of this game with a fully healthy squad to pick from.

We’re thinking that Brentford could find themselves struggling to register a score against this Arsenal side who we think will likely gain the upper hand.

We’re therefore expecting a very competitive game with a 0-1 winning margin for Arsenal after 90 minutes. 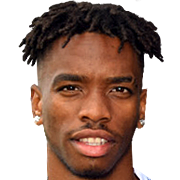 Customarily taking up the Striker position, Ivan Toney was born in England. After making a first senior appearance for Northampton Town in the 2013 - 2014 season, the talented Forward has managed 5 league goals in the Premier League 2022 - 2023 campaign to date from a total of 6 appearances.

While we have made these predictions for Brentford v Arsenal for this match preview with the best of intentions, no profits are guaranteed. Always gamble responsibly, and with what you can afford to lose. Best of luck.