Our Crystal Palace v Arsenal tips, poll and stats can be seen in full below including the latest game odds.

Crystal Palace will want to continue from where they left off last time out with the 1-0 Premier League victory against Manchester United.

In their prior 6 fixtures, Patrick Vieira's Crystal Palace have seen rewards for their attempts on goal 7 times resulting in an average number of goals per match equal to 1.17.

Arsenal will come into the clash following a 5-1 Premier League win versus Everton in their most recent game.

Looking at their form, and Arsenal have been scored against in 6 of their last 6 matches, with opponents netting 9 goals in total. Defensively, Arsenal could really do with shoring things up.

If we look at their past head to head meetings going back to 27/10/2019, both clubs have shared the honours with Crystal Palace winning 1 of those games, Arsenal 1 and 4 being draws in regulation time.

In all, 17 goals were shared by the two clubs during those clashes, with 9 of them for The Eagles and 8 for The Gunners. The average goals per game has been 2.83.

The Crystal Palace boss Patrick Vieira has zero fitness worries at all ahead of this match thanks to a completely injury-free squad to choose from.

Owing to a completely healthy group to pick from, the Arsenal boss Mikel Arteta does not have any fitness worries to report before this clash.

Our thinking is that Crystal Palace might have a difficult job to put one past this Arsenal team who should score one, at least.

We therefore think that it’s going to be a good tussle with a 0-1 winning margin for Arsenal at the end of the 90. 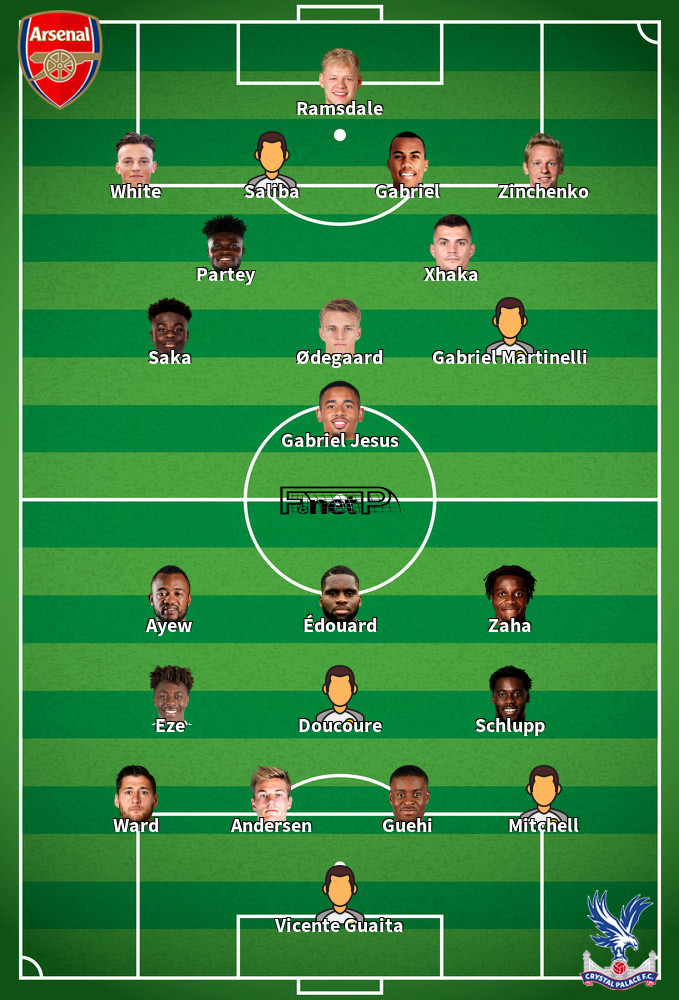 We have made these Crystal Palace v Arsenal predictions for this match preview with the best intentions, but no profits are guaranteed. Please always gamble responsibly, only with money that you can afford to lose. Good luck!