Our full set of predictions, statistics and match poll for Fulham v Arsenal can be seen below - plus the latest betting odds.

Fulham will be looking for another win after the 1-2 Championship Play-offs victory vs Brentford.

Over their preceding 6 games, Scott Parker's Fulham have netted a combined total of 11 times which gives them an average number of goals per match equal to 1.83.

In their last fixture, Arsenal drew 1-1 in the FA Community Shield tie with Liverpool.

The only scorer from Arsenal was Pierre-Emerick Aubameyang (12'). Takumi Minamino (73') scored for Liverpool.

The stats don’t lie, and Arsenal have been scored against in 5 of their last 6 games, conceding 6 goals in total. At the back, The Gunners have some weaknesses to address.

A quick look at past results between these clubs stretching back to 10/11/2012 shows that these fixtures have been disappointments for Fulham. They’ve not managed to register any victories at all while Arsenal have simply been better than them, finishing as winners in 83% of those match-ups.

The previous league encounter between the two was Premier League match day 21 on 01/01/2019 which finished with the scoreline of Arsenal 4-1 Fulham.

At the other end, Fulham had 9 shots on goal with 4 on target. Aboubakar Kamara (69') scored.

Fulham boss Scott Parker will be grateful to have no fitness worries at all ahead of this game thanks to a fully healthy group ready to go.

Looking at these two teams, we feel that Arsenal have it within them to create a good amount of chances and successful shots on target.

At the other end, Fulham could well struggle scoring but we do fancy them scoring here as well.

We reckon that it will be a fairly comfortable 1-3 winning score for Arsenal at the end of this one.

Both Teams to Score Prediction for Fulham vs Arsenal
Yes 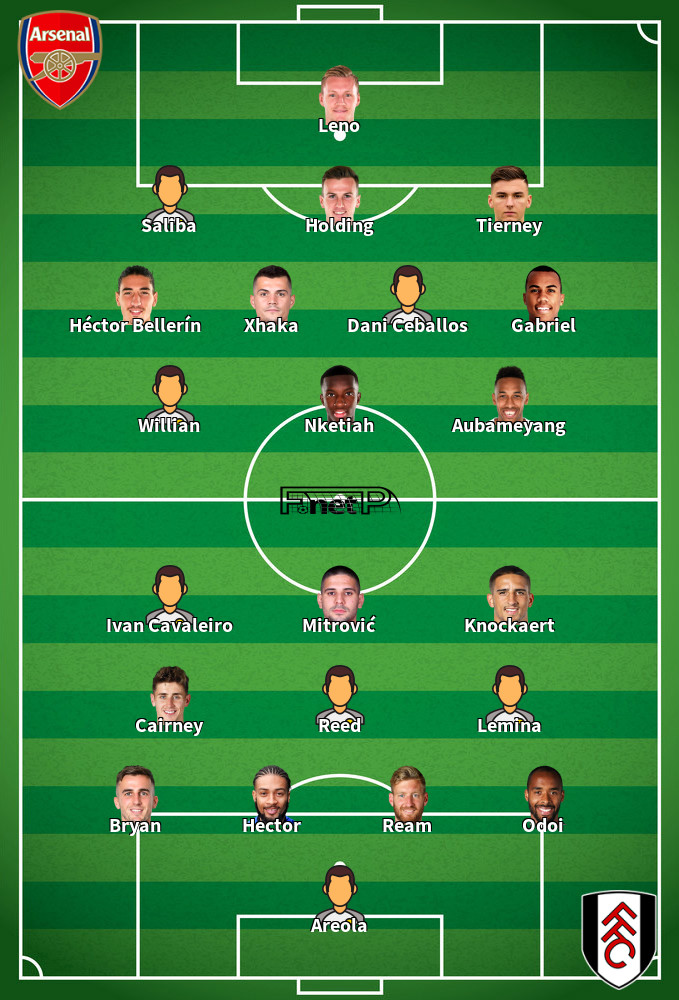 While we have made these predictions for Fulham v Arsenal for this match preview with the best of intentions, no profits are guaranteed. Always gamble responsibly, and with what you can afford to lose. Good luck with your selections.