This Molde FK v Arsenal live stream video is ready for 24/11/2020 . Supporters of the teams can watch the clash on a live streaming service if this match is featured in the schedule referenced above. Here we arm you with helpful information for watching this Europa League game including the most recent team form, head to head meetings and our game views.

To view the match using alternative sources, look up broadcasters’ schedules for your locality. These broadcasting contracts are usually distributed on a per-competition/league or even single game basis. For games shown live on regional television programmes, check the listings on stations like BT Sport, Amazon Prime Video, Sky Sports, Now TV, iTV, Canal+, Fox Soccer, ESPN that are relevant for your current location.

Post-game, we might also link to game highlights from time to time. We are not responsible for transmitting any game video content linked to from here. All legal issues must be done by contacting the hosters/owners of such content.

The time’s nearly upon us for Europa League action scheduled for Thursday as Molde FK will be taking on Arsenal.

View all of the Molde FK v Arsenal predictions, poll and stats below - plus the latest match odds.

Molde FK, buoyed by their previous result, will be hoping for more of the same after the 0-3 Eliteserien triumph vs Stabæk.

Fixtures with Molde FK have usually been exciting encounters of late with high scoring the rule rather than the exception. Over their past half dozen games, a grand total of 20 goals have been recorded for both teams combined (at an average of 3.33 goals per game) with 12 of them being chalked up by Molde.

In their previous game, Arsenal drew 0-0 in the Premier League tie with Leeds United.

In that match, Arsenal had 34% possession and 9 attempts on goal with 2 of them on target. At the other end, Leeds United had 25 shots at goal with 4 on target.

The trend of at least one team not scoring a goal in games involving Arsenal has become apparent of late. Checking on their last six meetings reveals that it’s happened 5 times. In those clashes, opposing sides have managed a goal tally of 5 and The Gunners have scored 8. Putting that to one side, time will tell if that trend might continue on here in this match.

The previous league encounter between the two was Europa League match day 3 on 05/11/2020 when it finished Arsenal 4-1 Molde FK.

Almost everyone can be considered, as there’s just the lone fitness concern for the Molde FK manager Erling Moe to contend with from an otherwise complete squad. Kristoffer Haraldseid (Cruciate Ligament Rupture) misses out.

Arsenal manager Mikel Arteta has not got a full squad to pick from. Mesut Özil (Back trouble), Sead Kolasinac (Corona virus) and Gabriel Martinelli (Knee Injury) miss out here. Mesut Özil is ineligible for this match because of suspension.

We feel that Molde FK should be able to find the back of the net against this Arsenal side, although one goal probably won’t quite be good enough.

We’re therefore expecting a tight encounter finishing with a 1-2 victory for Arsenal after 90 minutes. Looking forward to seeing how this one unfolds. 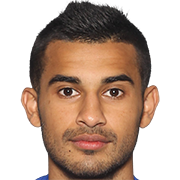 Mostly taking up the Centre Midfield position, Etzaz Hussain was born in Langhus, Norway. Having made a first senior appearance for Fredrikstad FK in the 2011 season, the accomplished Midfielder has scored a sum of 7 league goals in this Eliteserien 2020 campaign to date in 24 appearances.

We have made these Molde FK v Arsenal predictions for this match preview with the best intentions, but no profits are guaranteed. Please always gamble responsibly, only with money that you can afford to lose.

⚽️ Where can I see the predictions for other Europa League games?