The Sheffield United v Arsenal live stream video is ready to be broadcast on 10/04/2021. Supporters of the teams can watch the fixture on a live streaming service if this match is featured in the schedule mentioned above. Here we give useful info for watching this Premier League game including the most recent guide to form, head to head clashes and our game views.

In order to view the match via alternative methods, look up tv listings relating to your local region. Such broadcasting rights are often allocated on a per-competition/league or even single match basis. For fixtures shown live on regional television programmes, check the listings on channels such as BT Sport, Amazon Prime Video, Sky Sports, Now TV, iTV, Canal+, Fox Soccer, ESPN relevant to your current location.

Where the abovementioned broadcaster has the rights to the Sheffield United v Arsenal football live streaming service, you’ll be able to see it on your mobile (iPhone, Android including Sony Xperia) and desktop as well as tablet (eg iPad, Huawei MatePad).

After the match finishes, we might also link to match highlights from time to time. We aren’t responsible for the transmission of any game video content linked to from this site. All legal complaints must be dealt with via the hosters/owners of the content.

Sheffield United will be facing away team Arsenal at Bramall Lane in the Premier League tie on Sunday.

View all of the Sheffield United v Arsenal predictions, poll and stats below including the latest game odds.

Sheffield United will be hoping to return to winning ways here after a 2-1 Premier League defeat last time out to Leeds United.

Sheffield United have been quite ineffective in attack in more recent games. Their goals record equals just 2 vs opposition teams during the course of their previous 6 matches. In those games, The Blades have also seen the number of goals that have gone against them come to 13. Previous results aside, time will tell whether the trend might be sustained in this next match or not.

Going into this one, Sheffield United have not registered a win against Arsenal in their previous 2 league matches.

In the game prior to this, Arsenal drew 1-1 in the Europa League tie with Slavia Prague.

In that game, Arsenal had 54% possession and 11 shots on goal with 2 of them on target. The only player to score for Arsenal was Nicolas Pépé (86'). Slavia Praha had 10 shots at goal with 4 on target. Tomáš Holeš (90') scored for Slavia Prague.

Looking at their form, and Arsenal have been scored against in 6 of their last 6 games, letting opponents get 10 goals overall. In defence, The Gunners certainly have room for improvement.

Their prior results show that Arsenal:

Looking at their past head to head clashes going back to 31/10/2007 shows that Sheffield United have won 1 of these and Arsenal 4, with the tally of drawn results standing at 1.

An aggregate of 18 goals were shared by the two clubs throughout the course of those matches, with 4 of them for The Blades and 14 for The Gunners. The average goals per game has been 3.

The last league match between the two was Premier League match day 4 on 04/10/2020 when the final score was Arsenal 2-1 Sheffield United.

For their opponents, Sheffield United got 6 attempts on goal with 2 of them on target. David McGoldrick (84') was the scorer.

The referee was Lee Mason.

With a fully injury-free squad ready to go, Arsenal manager Mikel Arteta does not have any fitness concerns whatsoever coming into this match.

We think that Sheffield United will need to push hard to put one past this Arsenal side who will likely manage to get a goal of their own in a winning performance.

We therefore fancy a good battle with a 0-1 winning margin for Arsenal at the end of this one. 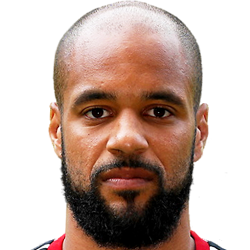 Mostly played in the Striker position, David McGoldrick was born in Nottingham, England. After having made a senior debut playing for Notts County in the 2003 - 2004 season, the accomplished Forward has scored a sum of 6 league goals in the Premier League 2020 - 2021 season to date coming from a total of 27 appearances.

While we have made these predictions for Sheffield United v Arsenal for this match preview with the best of intentions, no profits are guaranteed. Always gamble responsibly, and with what you can afford to lose. We wish you the best of luck.

⚽️ Where can I get the previews for other Premier League games?

Look at all of the upcoming (and previous) Premier League predictions & previews here.