All of our predictions, stats and the user poll for SK Rapid Wien v Arsenal are shown below - as well as up-to-date odds.

SK Rapid Wien, buoyed by their previous result, will be hoping for more of the same after a 1-5 ÖFB Cup success vs SC Wiener Neustadt.

Matches with SK Rapid Wien have proved to be entertaining encounters recently with a lot of goalmouth action being the norm. Over their past six clashes, the sum of 22 goals have been recorded for both teams combined (at an average of 3.67 goals per game) with 16 of those accredited to Die Grün-Weißen. That being said, we must now wait to see whether the trend shall persist in this match or not.

Following on from being defeated in their last game at the hands of Manchester City in Premier League competition, Arsenal will be hoping to turn things around here.

Throughout their 6 latest matches, Mikel Arteta's Arsenal have turned their attacks into goals 7 times therefore yielding them a goals per game average of 1.17.

In our opinion, SK Rapid Wien are dangerous enough to find the net against this Arsenal team, but one goal possibly won’t prevent them from conceding a couple at the other end.

We’re going for a tight encounter finishing with a 1-2 win for Arsenal at the end of this one. Hopefully this is a good one. 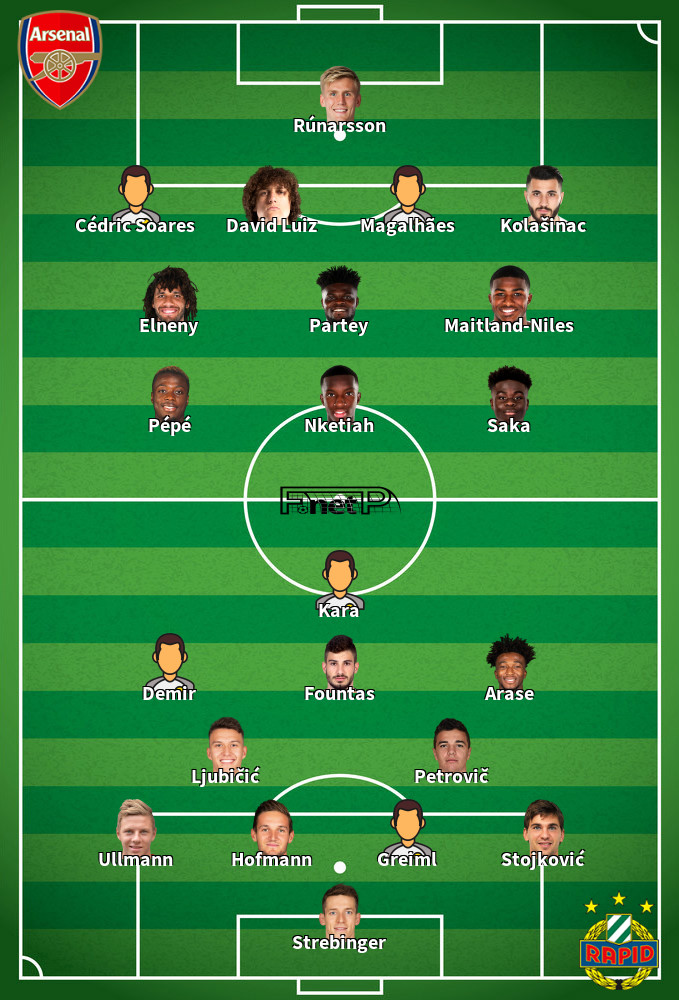 Mostly playing in the Striker position, Ercan Kara was born in Austria. Having made a first senior appearance for SV Horn in the 2019 - 2020 season, the goalscoring Forward has managed 2 league goals in this Bundesliga 2020 - 2021 campaign to date from a total of 4 appearances.

While we have made these predictions for SK Rapid Wien v Arsenal for this match preview with the best of intentions, no profits are guaranteed. Always gamble responsibly, and with what you can afford to lose. Best of luck.