We’re looking forward to the big Europa League semi-final battle between Arsenal and Villarreal on Thursday. As they’ve both progressed this far, and with the incentive for the side that makes it through the tie being a date with the final, we are expecting to see a thrilling encounter.

Our full set of predictions, statistics and match poll for Arsenal v Villarreal can be seen below (including the best match odds).

Their most recent results reveal that not much more can be done by the Arsenal backline. The Gunners have been miserly, with the tally of goals that have gone in at their end during their past six outings standing at 4.

Villarreal will go into the meeting after a 1-0 La Liga win vs Getafe in their most recent outing.

Over the course of their previous 6 clashes, Villarreal have bagged a tally of 12 goals. El Submarino Amarillo have also managed to score in every single one of those games. During that period, they’ve had 7 goals scored by their opponents. We will have to see if that trend will be continued on here.

Availability isn’t a big problem, with just one fitness concern for the Arsenal boss Mikel Arteta to be concerned with thanks to an otherwise robust squad. David Luiz (Hamstring Injury) is out of contention.

Due to a mostly healthy group of players, there’s only the lone fitness issue for the Villarreal manager Unai Emery to be concerned about. Vicente Iborra (Cruciate Ligament Rupture) misses out for this game.

We feel that Villarreal will likely be able to find the net against this Arsenal side, although it may not be as many as they will have scored against them.

We think that it’s going to be a 2-1 winning score for Arsenal at the end of this one. It will be interesting to see how this one goes. 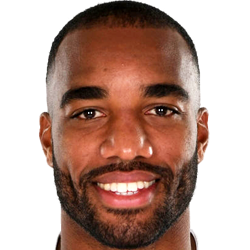 Typically deployed in the Striker position, Alexandre Lacazette was born in Lyon, France. Having made his senior debut playing for Lyon in the 2009 - 2010 season, the goalscoring Forward has managed to score 13 league goals in this Premier League 2020 - 2021 campaign so far coming from a total of 28 appearances.

While we have made these predictions for Arsenal v Villarreal for this match preview with the best of intentions, no profits are guaranteed. Always gamble responsibly, and with what you can afford to lose. Best of luck.