Scroll down to see all of the predictions, poll and statistics for Arsenal v West Ham United (including the best match odds).

Arsenal will be hoping for a repeat of their last result, following a 0-3 Premier League triumph vs Fulham.

In that game, Arsenal managed 55% possession and 13 attempts at goal with 6 on target. For Arsenal, the goals were scored by Alexandre Lacazette (8'), Gabriel (49') and Pierre-Emerick Aubameyang (57'). At the other end, Fulham had 5 attempts on goal with 2 of them on target.

In their preceding 6 games, Mikel Arteta's Arsenal have celebrated scoring a total of 11 times, with that being an average number of goals scored per match of 1.83.

Leading up to this clash, Arsenal:

West Ham United come into this game following a 3-0 EFL Cup win versus Charlton Athletic in their last match.

Throughout their six most recent matches, David Moyes's West Ham United have converted 12 times therefore earning them the goals per game average of 2.

Their past results show that West Ham United:

Inspecting their prior head-to-head meetings stretching back to 19/12/2017 tells us that Arsenal have won 5 of these and West Ham United 1, with the number of drawn results standing at 0.

A total of 16 goals were yielded between them throughout the course of those matches, with 12 of them from The Gunners and 4 being from The Hammers. That is an average goals per game value of 2.67.

The last league contest featuring the two was Premier League match day 29 on 07/03/2020 when it ended Arsenal 1-0 West Ham United.

On that occasion, Arsenal managed 69% possession and 9 attempts at goal with 2 on target. Their only player to score was Alexandre Lacazette (78').

West Ham United had 14 attempts at goal with 6 on target.

Due to a completely injury-free squad available to select from, West Ham United manager David Moyes does not have any fitness concerns at all coming into this game.

In this game, Arsenal can and should get a lot of shots on goal and make them count.

At the other end, West Ham United will not find it easy to score a goal of their own but we do fancy them being dangerous at times, too. 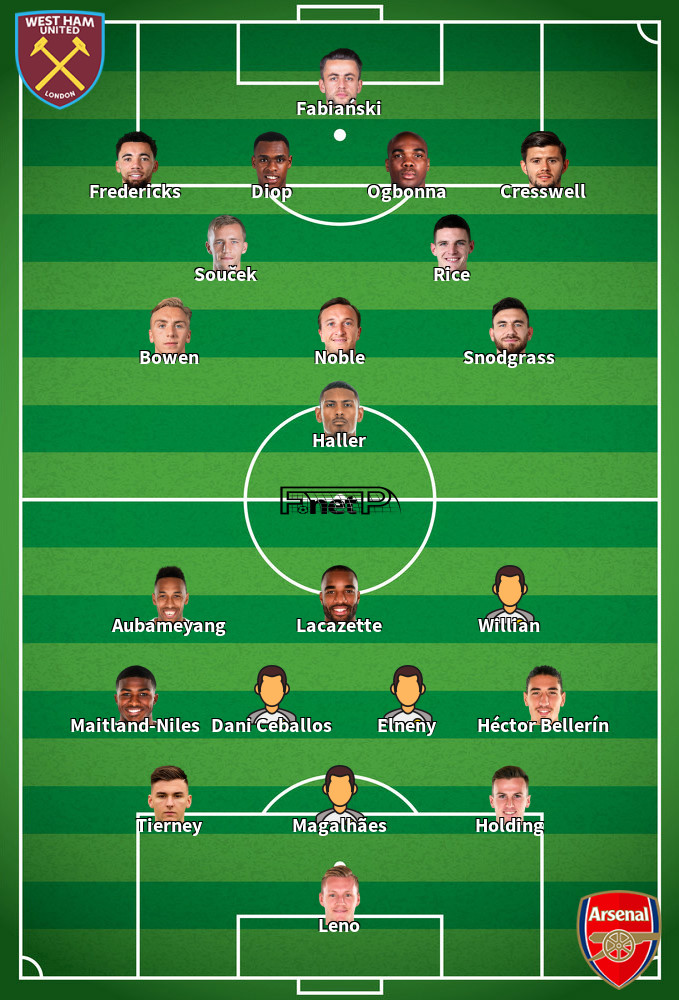 We have made these Arsenal v West Ham United predictions for this match preview with the best intentions, but no profits are guaranteed. Please always gamble responsibly, only with money that you can afford to lose. We wish you the best of luck.