Scroll down for all of our predictions, poll and stats for the Nantes v Monaco game (including the best match odds).

Nantes prepare for this fixture following on from a 0-0 Ligue 1 draw against Monaco.

A recurring feature of recent Nantes games is the number of results with a nil in them.

From their previous six clashes before this one, in 5 of them a wager on BTTS would have lost. Still, we’ll just have to find out if that pattern might continue on in this game.

Coming into this clash, Nantes are winless against Monaco in their previous 7 league games.

Niko Kovač's Monaco have converted a total of 12 times in the course of their most recent six matches. The total of goals that they have conceded during that same period comes to 5.

Heading into this contest, Monaco haven't been beaten by Nantes when having played them away from home in the previous 3 matches in the league.

Checking on past results between these clubs going back to 11/08/2018 tells us that these encounters have been disappointments for Nantes. They’ve not managed to come away with any wins at all while Monaco have been superior, finishing as winners in 83% of those games where they have faced each other.

A sum of 14 goals were scored between them during those clashes, with 4 for Les Canaris and 10 being from Les Rouge et Blanc. That is an average goals per game value of 2.33.

On that occasion, Monaco managed 75% possession and 13 shots at goal with 3 on target. Their only player to score was Gelson Martins (14').

Nantes got 5 shots at goal with 1 of them on target. Jean-Charles Castelletto (42') scored.

The referee was Antony Gautier.

The Nantes boss Antoine Kombouaré will be grateful to have no fitness concerns to speak of ahead of this game owing to a fully injury-free squad available to choose from.

We are thinking that Les Canaris will probably line up in a 4-1-4-1 system for this one, beginning the first half with Alban Lafont, Dennis Appiah, Samuel Moutoussamy, Nicolas Pallois, Fabio, Andrei Girotto, Roli Pereira De Sa, Ludovic Blas, Pedro Chirivella, Quentin Merlin and Randal Kolo Muani.

Monaco manager Philippe Clement has not got a full squad to pick from. Jean Marcelin (Torn Muscle Fibre), Krépin Diatta (Cruciate Ligament Rupture) and Cesc Fàbregas (Hamstring Injury) will miss out on this game.

Here is a game where Nantes will really need to work well to score against this Monaco team who we reckon should emerge victorious.

We’re therefore tipping a very even contest with a 0-1 victory for Monaco when the full-time whistle blows. 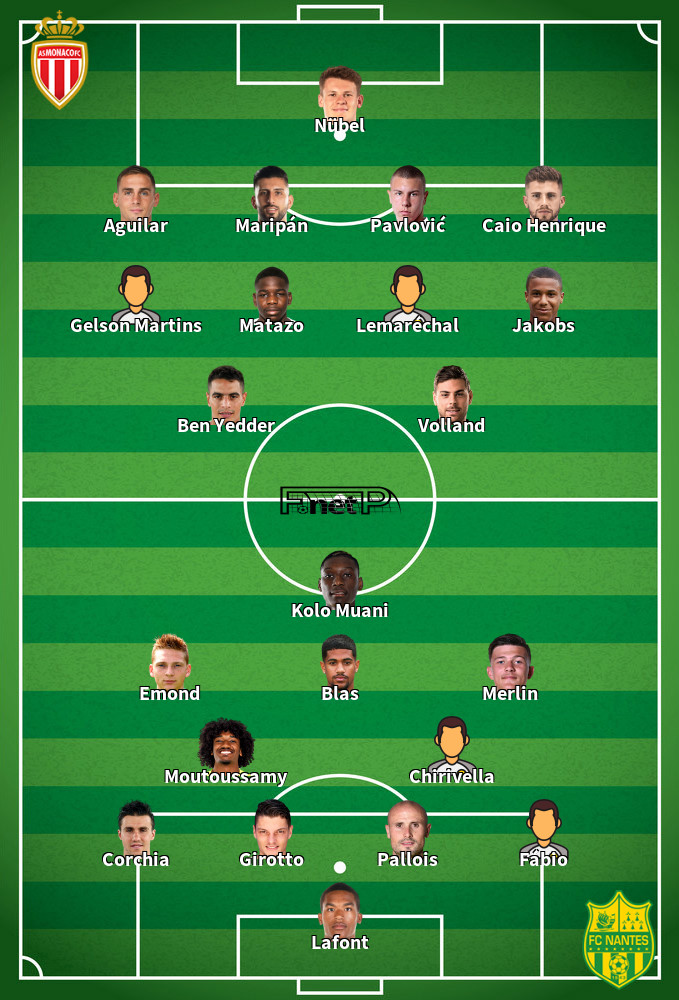 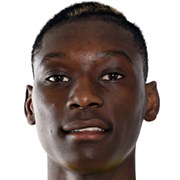 Mostly taking to the field in the Striker position, Randal Kolo Muani was born in Bondy, France. Having played his first senior match for Nantes in the 2018 - 2019 season, the dangerous Forward has netted 7 league goals in this Ligue 1 2021 - 2022 campaign so far coming from a total of 18 appearances.

While we have made these predictions for Nantes v Monaco for this match preview with the best of intentions, no profits are guaranteed. Always gamble responsibly, and with what you can afford to lose. Good luck with your selections.