The time’s nearly upon us for Europa League action on Thursday as Monaco come up against Real Sociedad.

All of our predictions, stats and the user poll for Monaco v Real Sociedad are shown below (plus the best game odds).

Monaco enter this match following a 2-2 Ligue 1 draw against Lille.

In that game, Monaco managed 54% possession and 17 shots at goal with 8 of them on target. For Monaco, the goalscorers were Krépin Diatta (41') and Wissam Ben Yedder (83'). For their opponents, LOSC Lille Métropole got 14 attempts at goal with 8 on target. Jonathan David (5', 9') scored for Lille.

Niko Kovač's Monaco have hit the back of the net a sum total of 7 times over their past 6 outings. Conversely, the tally of goals that they have conceded in those fixtures is 6.

In that game, Real Sociedad managed 62% possession and 9 attempts at goal with 2 on target. For their opponents, Valencia CF had 8 attempts on goal with 3 of them on target.

For 5 of the prior six clashes involving Real Sociedad, a relatively low number of goals have been hit between them and opposing teams. The overall average goals scored per game within that spell is a mere 2, with the average goals for Txuri-urdin equalling 1.33.

The last league contest between these sides was Europa League match day 2 on 30/09/2021 which finished with the scoreline of Real Sociedad 1-1 Monaco.

That day, Real Sociedad managed 64% possession and 14 shots on goal with 3 on target. Their only player to score was Mikel Merino (53').

For their opponents, Monaco got 6 shots on goal with 3 on target. Axel Disasi (16') was the scorer.

The match was refereed by Sergei Ivanov.

The Monaco boss Niko Kovač doesn’t have any fitness concerns at all coming into this match thanks to a completely injury-free group available to select from.

With a fully injury-free squad ready to go, the Real Sociedad boss Imanol Alguacil does not have any fitness concerns whatsoever coming into this clash.

We feel that Real Sociedad and Monaco should both get enough opportunities to score, although it’s hard to separate the two.

Let’s see how this one goes, but it looks this could be a draw. Our tip is therefore for a very close game with a 1-1 score draw after 90 minutes. 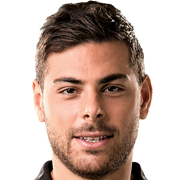 Normally played in the Striker position, Kevin Volland was born in Marktoberdorf, Germany. After having made a senior debut playing for 1860 Munich in the 2010 - 2011 season, the skilful Forward has accumulated 3 league goals in this Ligue 1 2021 - 2022 season to date in 13 appearances.

While we have made these predictions for Monaco v Real Sociedad for this match preview with the best of intentions, no profits are guaranteed. Always gamble responsibly, and with what you can afford to lose. We wish you the best of luck.