Strasbourg journey to Stade Louis II on Sunday for the Ligue 1 game with home team Monaco.

All Monaco v Strasbourg game predictions, stats and user poll are shown below - as well as up-to-date odds.

Monaco, who won their previous game, will hope for a similar result following the 2-1 Europa League success vs Real Sociedad.

Over their preceding six games, Niko Kovač's Monaco have hit the back of the net a combined total of 7 times giving them an average number of goals per match equal to 1.17.

Heading into this fixture, Monaco are undefeated in their last 4 league matches at home.

Last time out, Strasbourg drew 1-1 in the Ligue 1 tie with Reims.

The stats don’t lie, and Strasbourg have been scored against in 5 of their last 6 matches, seeing their opponents hit 6 goals overall. In defence, Strasbourg have some weaknesses to address.

Coming into this contest, Strasbourg haven’t won away from home in the past 3 league matches.

Inspecting their past head-to-head clashes dating back to 20/10/2018 shows us that Monaco have won 1 of them and Strasbourg 4, with the tally of draws standing at 1.

Loads of goals were seen in those games, too - 23 overall which averages out at 3.83 goals per meeting.

The last league game between the two was Ligue 1 match day 28 on 03/03/2021 which finished with the scoreline of Strasbourg 1-0 Monaco.

In that match, Strasbourg managed 37% possession and 17 attempts at goal with 2 on target. Their only player on the scoresheet was Frédéric Guilbert (91').

Monaco had 5 shots at goal with 1 of them on target.

The Monaco manager Niko Kovač has no fitness concerns at all ahead of this game with a completely injury-free group available for selection.

Thanks to a fully injury-free squad available to choose from, the Strasbourg boss Julien Stéphan doesn’t have any fitness worries to speak of ahead of this match.

We’re of the opinion that Strasbourg have the capability to get a goal against this Monaco outfit, however it is unlikely to prevent them from conceding a couple at the other end.

We’re going for a very close game with a 2-1 advantage for Monaco by the time that the referee blows the final whistle. It really should be an interesting one. 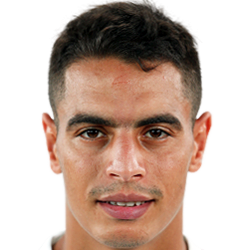 Mostly played in the Striker position, Wissam Ben Yedder was born in Sarcelles, France. Having played his first senior match for Toulouse in the 2010 - 2011 season, the talented Forward has struck 7 league goals in this Ligue 1 2021 - 2022 campaign to date in a total of 14 appearances.

We have made these Monaco v Strasbourg predictions for this match preview with the best intentions, but no profits are guaranteed. Please always gamble responsibly, only with money that you can afford to lose. Best of luck.