The Ligue 2 fixture at Stade Marcel-Picot on Saturday sees home team AS Nancy Lorraine take to the field against Grenoble.

Scroll down to see all of the predictions, poll and statistics for AS Nancy Lorraine v Grenoble including the latest game odds.

AS Nancy Lorraine fans will want a repeat of their previous result, being a 1-2 Ligue 2 triumph vs USL Dunkerque.

The only player to score from AS Nancy Lorraine was Mickaël Biron (54', 75'). Malik Tchokounté (24') was the scorer for USL Dunkerque.

It’s not been often in recent games that AS Nancy Lorraine haven’t conceded. The reality is that Les Chardons have failed to prevent opponents from scoring in 5 of their previous 6 clashes, leaking 6 goals along the way. That kind of trend won’t necessarily be continued into this game, though.

Going into this game, the form guide shows that AS Nancy Lorraine:

Previously, Grenoble drew 0-0 in the Ligue 2 match with Amiens SC.

A run of dependable showings by the Grenoble defenders has seen their ‘goals against’ tally standing at 4 from their past 6 outings combined. During the same period, their own attack force has managed to score 6.

Coming into this fixture, Grenoble are undefeated by AS Nancy Lorraine when they have played them away from home in the previous 2 league games.

Inspecting their past head to head clashes going back to 24/10/2009 tells us that AS Nancy Lorraine have won 1 of them and Grenoble 4, with the number of drawn games being 1.

A sum of 12 goals were scored between the two sides throughout the course of those matches, with 4 for Les Chardons and 8 being from GF 38. That’s an average goals per game of 2.

The previous league game between these clubs was Ligue 2 match day 8 on 24/11/2020 which ended up with the score at Grenoble 1-0 AS Nancy Lorraine.

Looking at personnel, there is just the sole fitness concern for the AS Nancy Lorraine boss Jean-Louis Garcia to be concerned about thanks to an almost full-strength group. Mehdi Merghem (Cruciate Ligament Rupture) is sidelined.

Owing to a completely injury-free group available for selection, Grenoble manager Philippe Hinschberger has zero fitness concerns at all before this clash.

Our thinking is that Grenoble and AS Nancy Lorraine could both well score here although it’s hard to see a clear-cut winner.

A draw looks like a realistic possibility, but we’ll see what happens. That’s why we have predicted a very close game with a 1-1 draw at the conclusion of the game. 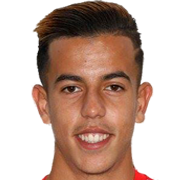 Generally played in the Central Attacking Midfielder position, Amine Bassi was born in Bezons, France. Having made his senior debut playing for AS Nancy Lorraine in the 2016 - 2017 season, the accomplished Midfielder has bagged 4 league goals in this Ligue 2 2020 - 2021 campaign to date in a total of 11 appearances.

While we have made these predictions for AS Nancy Lorraine v Grenoble for this match preview with the best of intentions, no profits are guaranteed. Always gamble responsibly, and with what you can afford to lose. We wish you the best of luck.