Return to this page a few days before the scheduled game when this expired prediction will be updated with our full preview and tips for the next match between these teams.
Over/Under 2.5 Goals Prediction for St Etienne vs Nantes
Under 2.5

Coming into this meeting, St Étienne have not been beaten in the league by FC Nantes in their previous 7 games. 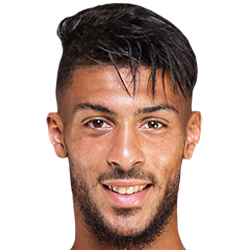 Normally played in the Left Attacking Midfielder position, Denis Bouanga was born in Gabon. Having made a first senior appearance for FC Lorient in the 2014 - 2015 season, the goalscoring Midfielder has contributed 7 league goals in the Ligue 1 2019 - 2020 campaign so far coming from a total of 18 appearances.

We have made these St Étienne v Nantes predictions for this match preview with the best intentions, but no profits are guaranteed. Please always gamble responsibly, only with money that you can afford to lose. Good luck if you do place a bet today.