St Etienne are hoping to win again following a 0-2 Ligue 1 triumph versus Nîmes.

Claude Puel's St Etienne have hit the target 7 times over their prior 6 outings. The number of goals that have been scored against them in those same games amounts to 10.

A look at their previous results shows us that St Etienne:

After a loss in their previous game against Strasbourg in Ligue 1 action, Bordeaux will be hoping to turn things around here.

Looking at their form, and Bordeaux have been scored against in 6 of their last 6 matches, seeing opposing sides hit 12 goals in total. Defensively, Les Girondins have some weaknesses to address. We will just have to see whether or not that trend will be continued on into this next match.

Going into this encounter, Girondins de Bordeaux have not registered a win against St Etienne in away games against them for the last 2 league matches.

A look at their prior head to head meetings dating back to 06/05/2018 shows us that St Etienne have won 3 of these & Bordeaux 2, with the tally of drawn games being 1.

A combined total of 18 goals were yielded between them in this period, with 10 of them from Les Verts and 8 being from Les Girondins. That’s an average goals per game figure of 3.

The last league meeting featuring these sides was Ligue 1 match day 15 on 16/12/2020 which finished with the scoreline of Girondins de Bordeaux 1-2 St Etienne.

That day, Girondins de Bordeaux had 52% possession and 11 attempts at goal with 3 of them on target. The scorer was Ui-Jo Hwang (24').

St Etienne boss Claude Puel doesn’t have any fitness concerns to speak of ahead of this game with a completely healthy squad available for selection.

From a largely available squad, there is just the lone fitness worry for the Bordeaux boss Jean-Louis Gasset to be concerned about. Otávio (Achilles tendon rupture) misses out for this game.

We’re inclined to think that Bordeaux may find it difficult to score goals against this St Etienne outfit who we think should win and very possibly keep a clean sheet.

We’re going for a very competitive game with a 1-0 winning score for St Etienne at full-time. 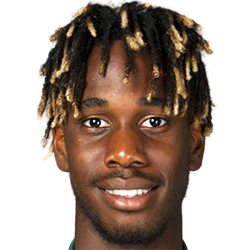 Typically taking up the Striker position, Charles Abi was born in Clermont-Ferrand, France. After making a first senior appearance for St Etienne in the 2018 - 2019 season, the accomplished Forward has scored a sum of 3 league goals in the Ligue 1 2020 - 2021 campaign so far in a total of 18 appearances.

We have made these St Etienne v Bordeaux predictions for this match preview with the best intentions, but no profits are guaranteed. Please always gamble responsibly, only with money that you can afford to lose. Best of luck with your selections.