St Etienne will visit Stade des Costières on Sunday for the Ligue 1 meeting with home side Nîmes.

Our predictions, user poll and statistics for Nîmes v St Etienne can be found here - plus the latest match odds.

Nîmes will be looking for a repeat result of a 1-2 Ligue 1 success against Lille.

Nîmes have been on a persistent run of goalscoring form, netting in each and every one of their last 6 matches.

They’ve hit an aggregate of 8 during that period and have conceded a total of 5. We will see if that trend will end up being continued on here.

Taking a look at their past results, Nîmes:

Following on from suffering a loss in their previous game against Monaco in Ligue 1 action, St Etienne and their travelling supporters will be hoping that they can get a better result in this one.

Claude Puel's St Etienne have seen their goal attempts be successful a total of 7 times throughout their latest 6 matches. The total of goals that they have conceded during that period comes to 10.

Heading into this fixture, St Etienne have not been beaten by Nîmes when they have played them away from home in the previous 4 league matches. A very good run of results for them.

A review of their past head to head results stretching back to 26/10/2018 tells us that these encounters have been disappointments for Nîmes. They have not been able to get any victories whatsoever while St Etienne have maintained the edge over them, winning in 67 per cent of those matches.

A total of 16 goals were scored between the two sides during those clashes, with 6 of them for Les Crocodiles and 10 belonging to Les Verts. This gives an average number of goals per game equal to 2.67.

That time, St Etienne managed 59% possession and 18 attempts on goal with 9 on target. Goals were scored by Harold Moukoudi (8') and Arnaud Nordin (63').

Nîmes manager Pascal Plancque has no fitness concerns to speak of before this game thanks to a fully injury-free group to choose from.

Due to a completely healthy squad available to choose from, St Etienne manager Claude Puel has zero fitness concerns whatsoever coming into this game.

We feel that Nîmes could find themselves struggling to get anything against this St Etienne lineup who we think should manage to score & go ahead.

We therefore think that it’s going to be a hard-fought 0-1 winning score for St Etienne at full-time. 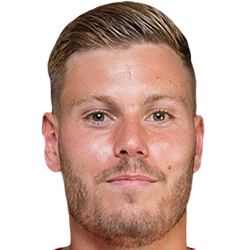 Regularly playing in the Right Wing position, Renaud Ripart was born in France. Having played his first senior match for Nîmes in the 2012 - 2013 season, the dangerous Forward has bagged 8 league goals in the Ligue 1 2020 - 2021 campaign so far in a total of 30 appearances.

While we have made these predictions for Nîmes v St Etienne for this match preview with the best of intentions, no profits are guaranteed. Always gamble responsibly, and with what you can afford to lose. Best of luck with your selections.