St Etienne will be at Stade de la Meinau on Sunday for the Ligue 1 meeting with home side Strasbourg.

Our Strasbourg v St Etienne tips, poll and stats can be seen in full below (inc. the best betting odds).

Strasbourg head into this game coming off the back of a 1-1 Ligue 1 drawn game versus Montpellier.

Strasbourg have been on a persistent run of goalscoring form, finding the back of the net in one hundred percent of their last 6 matches.

They have claimed a sum of 10 during that period and have conceded a total of 7.

In their last game, St Etienne drew 1-1 in the Ligue 1 match with Lyon.

Looking at their form, and St Etienne have been scored against in 6 of their last 6 matches, seeing their opponents hit 14 goals overall. In defence, St Etienne seem to have a bit of a soft underbelly. It will be interesting to find out if that trend will be continued on into this next match.

Their prior results show that St Etienne:

A glance at their most recent head-to-head clashes dating back to 14/04/2018 shows that Strasbourg have won 2 of these games & St Etienne 3, with the number of drawn games being 1.

A combined total of 12 goals were scored between them in this period, with 5 of them from Le Racing and 7 created by Les Verts. This gives an average number of goals per game equal to 2.

The previous league fixture featuring these sides was Ligue 1 match day 20 on 17/01/2021 which finished with the scoreline of Strasbourg 1-0 St Etienne.

On that day, Strasbourg had 40% possession and 15 shots at goal with 3 of them on target. Their only player on the scoresheet was Ludovic Ajorque (29').

For their opponents, St Etienne got 8 shots at goal with 3 of them on target.

It doesn’t get much better regarding selection, with just one fitness concern for the Strasbourg manager Julien Stéphan to be concerned about from a near full-strength group. Karol Fila (Tear in the abductor muscle) will miss out. Players who are serving a ban and are therefore ineligible to play are Alexander Djiku and Adrien Thomasson.

Thanks to a fully healthy squad to pick from, the St Etienne manager Claude Puel has no fitness worries at all coming into this clash.

Here, we’re thinking that St Etienne will need to push hard to score against this Strasbourg side who we reckon should do enough to score at the other end and edge ahead.

We’re therefore expecting a very even contest with a 1-0 advantage for Strasbourg when the full-time whistle blows. 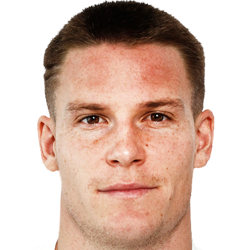 Customarily used in the Striker position, Kévin Gameiro was born in Senlis, France. Having made his senior debut playing for Strasbourg in the 2005 - 2006 season, the goalscoring Forward has struck 2 league goals in the Ligue 1 2021 - 2022 season so far coming from a total of 9 appearances.

While we have made these predictions for Strasbourg v St Etienne for this match preview with the best of intentions, no profits are guaranteed. Always gamble responsibly, and with what you can afford to lose. Good luck with your selections.