This approaching Serie B - Play-offs fixture on Friday will see Ascoli take to the field against opponents Benevento.

To see all of our predictions, user poll & stats for Ascoli v Benevento, scroll down (plus the best game odds).

Ascoli will want to continue from where they left off last time out with the 4-1 Serie B triumph versus Ternana.

Their most recent results show that it has been a great time for the Ascoli rearguard. Ascoli have been stingy, seeing the total number of goals that have gone in at their end during their last six games standing at 3. Such a trend won’t necessarily follow through into this next game, of course.

After being defeated in their last game at the hands of SPAL in Serie B competition, Benevento will be aiming to make amends here.

In that match, Benevento had 48% possession and 27 attempts at goal with 9 on target. The only player to score for Benevento was Gianluca Lapadula (47'). On the other side, SPAL had 18 attempts on goal with 6 of them on target. Mattia Finotto (45', 51') was the scorer for SPAL.

The numbers tell their own story, and Benevento have been scored against in 5 of their last 6 games, seeing their opponents hit 9 goals in all. Defensively, Benevento could really do with shoring things up.

Looking at their prior head to head clashes stretching back to 03/11/2018 shows that Ascoli have won 2 of these and Benevento 3, with the tally of drawn results standing at 1.

A sum of 21 goals were produced between them in these games, with 8 of them for Bianconeri and 13 created by Benevento. That’s an average goals per game figure of 3.5.

The previous league encounter between these clubs was Serie B match day 23 on 16/02/2022 when the final score was Benevento 0-2 Ascoli.

In that game, Benevento managed 58% possession and 11 shots on goal with 3 on target.

Ascoli got 17 shots on goal with 3 of them on target. Soufiane Bidaoui (69') and Federico Baschirotto (89') scored.

Availability isn’t a big problem, with just one fitness concern for the Ascoli gaffer Andrea Sottil to be concerned about from of an almost fully healthy group of players. Lukas Spendlhofer (Unknown Injury) is out of contention.

Owing to a fully healthy squad available for selection, the Benevento manager Fabio Caserta has zero fitness worries to report before this game.

Our thinking is that Benevento and Ascoli should both be able to score here although it’s hard to pick a clear winner.

It could well end in a draw. That’s why we have predicted a very close game with a 1-1 score at the conclusion of the game. 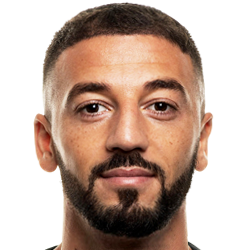 Mostly taking to the field in the Left Wing position, Soufiane Bidaoui was born in Morocco. After having played his first senior match for KVC Westerlo in the 2009 - 2010 season, the skilful Forward has managed 8 league goals in this Serie B 2021 - 2022 campaign to date in a total of 36 appearances.

We have made these Ascoli v Benevento predictions for this match preview with the best intentions, but no profits are guaranteed. Please always gamble responsibly, only with money that you can afford to lose. We wish you the best of luck.