Cittadella will be at Stadio Cino e Lillo Del Duca on Friday for the Serie B meeting with home team Ascoli.

Full predictions, pre-match stats and user poll for Ascoli v Cittadella are shown on this page including the latest game odds.

Ascoli head into this match following on from a 2-2 Serie B draw vs Reggina.

In that match, Ascoli managed 48% possession and 13 attempts on goal with 9 on target. For Ascoli, the scorers were Riad Bajić (41') and Abdelhamid Sabiri (49'). For their opponents, Reggina got 10 shots at goal with 3 on target. Thiago Cionek (18') and Adriano Montalto (63') scored for Reggina.

Ascoli have been on a persistent run of goalscoring form, netting in one hundred percent of their last 6 games.

They have hit an aggregate of 10 during that period while also conceding a total of 6.

Coming into this clash, Ascoli are unbeaten in their last 5 league matches at home.

Cittadella go into this match following a 1-0 Serie B win with the eclipse of Entella in their previous outing.

A run of resolute displays from the Cittadella defensive unit has resulted in the number of goals they’ve conceded amounting to 4 from their last 6 clashes overall. During the same period, their own attack force has managed to score 7. That sort of pattern isn’t assured to follow through into this next game, though.

Looking at the pre-match facts, Cittadella:

If we look at their past head to head duels going back to 20/01/2018, both clubs have shared the honours with Ascoli winning 2 of those games, Cittadella 2 and 2 being draws in normal time.

A combined total of 14 goals were scored between them throughout the course of those matches, with 7 of them for Bianconeri and 7 being from Granata. The average number of goals per game works out to 2.33.

The previous league contest featuring these clubs was Serie B match day 18 on 16/01/2021 when the final score was Cittadella 1-0 Ascoli.

On that occasion, Cittadella managed 49% possession and 18 shots on goal with 8 on target. Their only player on the scoresheet was Camilo Tavernelli (79').

At the other end, Ascoli got 11 shots on goal with 6 on target.

Ascoli boss Andrea Sottil will be grateful to have no fitness worries to speak of before this clash thanks to a fully injury-free group to choose from.

Out of a mainly available group, there’s only the one fitness worry for the Cittadella gaffer Roberto Venturato to be concerned about. Tommaso Cassandro (Unknown Injury) won’t be playing here.

Cittadella and Ascoli could both well score here although it’s hard to see a clear-cut winner.

It’s looking like it could well end up as a draw. We’re therefore tipping a very close game with a score draw at the end of the 90. 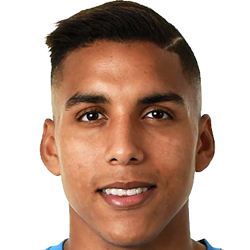 Mostly deployed in the Left Wing position, Abdelhamid Sabiri was born in Goulmima, Morocco. Having made his senior debut playing for Nuremberg in the 2016 - 2017 season, the accomplished Forward has scored a sum of 8 league goals in the Serie B 2020 - 2021 campaign to date in 31 appearances.

While we have made these predictions for Ascoli v Cittadella for this match preview with the best of intentions, no profits are guaranteed. Always gamble responsibly, and with what you can afford to lose. Good luck!